Overcome The Most Difficult Problem In Traumatic Orthopedics

The acetabular fracture, known as “the Pearl of the Crown” of traumatic orthopedics, is the most difficult problem to handle. Only when the surgery is done meticulously, can targeted treatment be achieved. Therefore, if doctors in a hospital are capable to perform such a complex surgery for treating acetabular fracture, it reflects that the hospital’s medical level in trauma emergency and orthopedics is relatively high.

In April this year, the Traumatic Orthopedics Center of the Shenzhen Second People’s Hospital performed its first internal fixation surgery by combining the pararectus approach with K-L approach for acetabular fracture. This surgical technique is a new anterior surgical approach that is popular at home and abroad in recent years. It can guarantee the acetabulum could be exposed directly through the incision and is less invasive than the ilioinguinal approach.  However, the incision is so close to the external iliac artery and the femoral nerve that it requires the surgeon to be familiar with the anatomical position and to have a high level of surgical technique. The pararectus approach is the most popular approach widely used for acetabular fractures surgery due to its advantages of less invasive and more targeted. 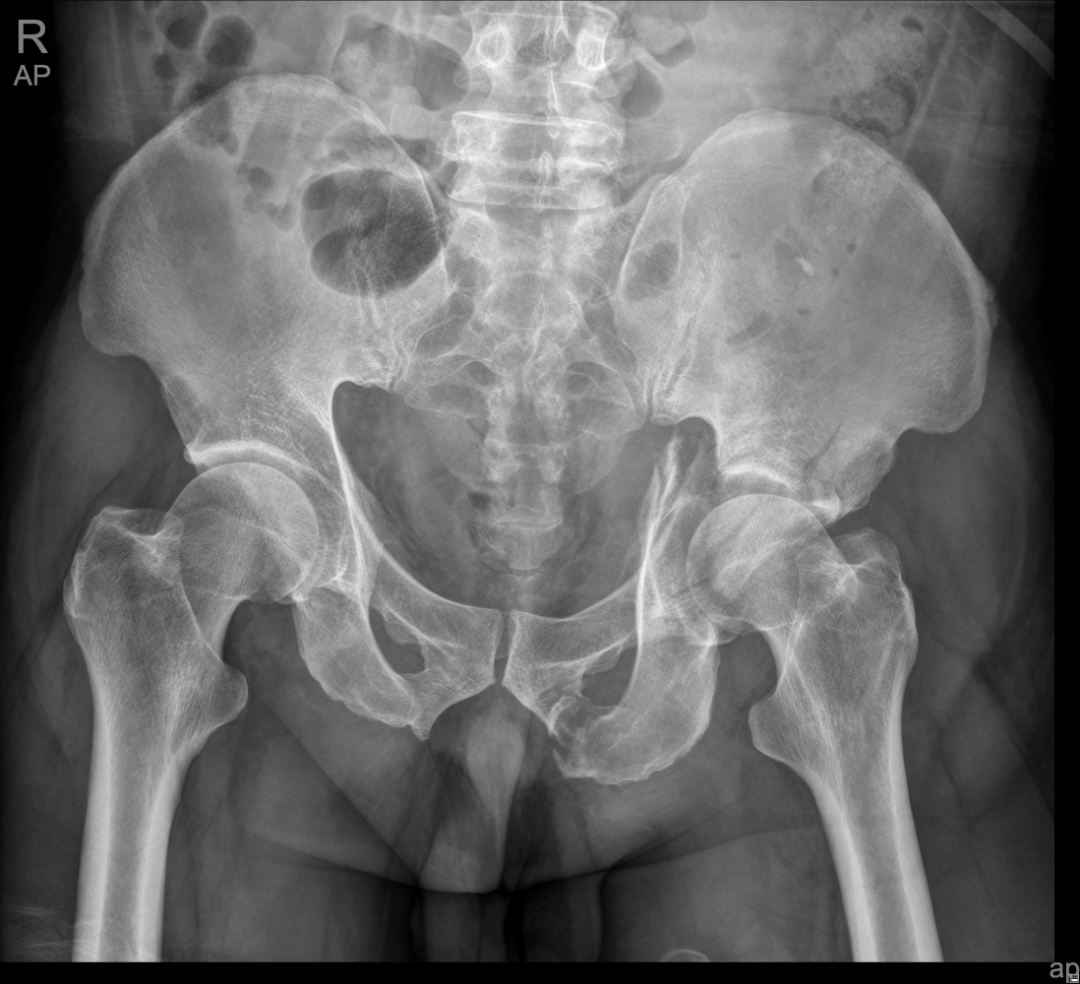 A hip fracture is a super serious injury, which is typically the result of a high-energy event. It can be caused by the surrounding fractures of the pubis, ischium or ilium, or by a central dislocation of the hip. Clinical symptoms of a hip fracture include local pain, swelling and bruising in and around the hip areas, for example, around the pudendum, groin or lumbar, and inability to get up from a fall or to walk, and shorter leg on the side your injured hip.

The statistics show that from 2018 to 2020, the hospital has received more outpatients and inpatients, and has performed more surgeries, especially complex ones year by year. In the hospital, a total of 4,582 surgeries have been performed and 43,232 outpatients have been treated, 3564 of which have been safely discharged. The proportion of non-local patients among inpatients has increased as well year by year. Therefore, the technical level of medical and nursing staff has been continuously improved, which ensures them to win more than 20 awards in various national competitions, and to get many thank-you banners from patients.

The Hospital Becomes The First "National Team" In Orthopedics In Shenzhen

The development of the medical industry is closely associated with talent cultivation. In terms of talent training, the Shenzhen Second People’s Hospital has successfully cultivated a "National Team" in orthopedics.

The Result of Selecting National Teaching Bases For Special Capability Building In Orthopaedics was released by the National Health Commission Capacity Building And Continuing Education Center. It shows that 37 hospitals get the permission to establish a teaching base for talent cultivation project. As the only hospital being selected in Shenzhen, the Shenzhen Second People’s Hospital is again being selected as the first "National Team" in orthopedics after announcing its orthopedics to be the first National Key Clinical Specialty. The head of the teaching base is Professor WANG Man-yi, director of the Traumatic Orthopedics Center of the Shenzhen Second People’s Hospital and a well-known expert in traumatic orthopedics in China.

The teaching base, established by the National Health Commission Capacity Building And Continuing Education Center, is to facilitate the construction of a hierarchical medical system, to promote equal access of high-quality medical resources in the grassroot ares, to implement a new type of teaching model, featuring on "Online + Onsite, Project Ongoing + Teaching Base", and to provide high-quality and standardized training for the professionals who want to improve their special capabilities.

In the future, with a purpose of decreasing morbidity and mortality in serious trauma patients, the Traumatic Orthopedics Center of the hospital plans to establish a digital platform for collecting trauma patients’ medical information, form a trauma rescue team, standardize the trauma rescue&treatment procedure, and at the same time focuses on self-improvement. The hope is that it will bring a lot of benefits to patients and allow the residents in Shenzhen to receive medical services that reach to national level at home. The Trauma Center also serves as a regional platform for Shenzhen to communicate and exchange ideas and knowledge with other cities, which is good for the development of a whole domestic trauma system.

Bring In A Leading Chinese Expert In Traumatic Orthopedics

In April 2018, the Traumatic Orthopedics Center of the Hospital introduced Prof. WANG Man-yi from Beijing JiShuiTan Hospital as the head of its orthopedics team through Shenzhen's Sanming Project of Medicine.

The list of "China’s Hospital Ranking by Speciality Reputation" released by Fudan University shows that the orthopedics specialty of Beijing JiShuiTan Hospital has been always in the top for many years. In the year 2016, the Beijing JiShuiTan Hospital had performed more than 50,000 surgeries, of which more than 40,000 orthopedic surgeries, making the hospital to have the most surgeries in Asia and the most orthopedic surgeries in the world. Prof. WANG Man-yi is the leading expert in the field of orthopaedic trauma in Beijing Jishuitan Hospital. 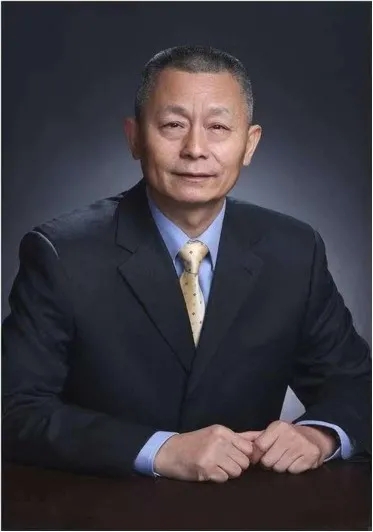 Prof. Wang Mang-yi has many functions. He is the Former President of Association for the Study of Internal Fixation(AO/ASIF), Asia & Pacific, Honorary Group Leader of orthopedics & traumatology study group of Chinese Orthopaedic Association, President of Fragility Fracture Network China(FFN-China), Deputy Chief Member of the Orthopedics Scientific Committee of the Center for Capacity Building and Continuing Education under the National Health and Family Planning Commission (NHFPC), the Consultant of the Orthopaedic Branch of the China Health Promotion Foundation, Deputy Chief Editor of Chinese Journal of Orthopaedic Trauma and The Journal of the American Medical Association Chinese Version. He also is one of the first to start the researches on computer-assisted navigation system in orthopedic surgery in China, and is in charge of many national and municipal research projects. He has won numerous excellence awards for his achievements in academic research.

In 2002, the Shenzhen Second People’s Hospital firstly established the Traumatic Orthopedics Center in Shenzhen; the center was listed as the Key Medical Specialty in 2005, and in 2011 the Top 10 Best Specialty in Shenzhen. And in 2017 and 2019, it was twice selected as the Top 5 Most Highly Recommended Subspecialties in Guangdong province. These honorable titles are the "hard core" strength of the Traumatic Orthopedics Center of the hospital. 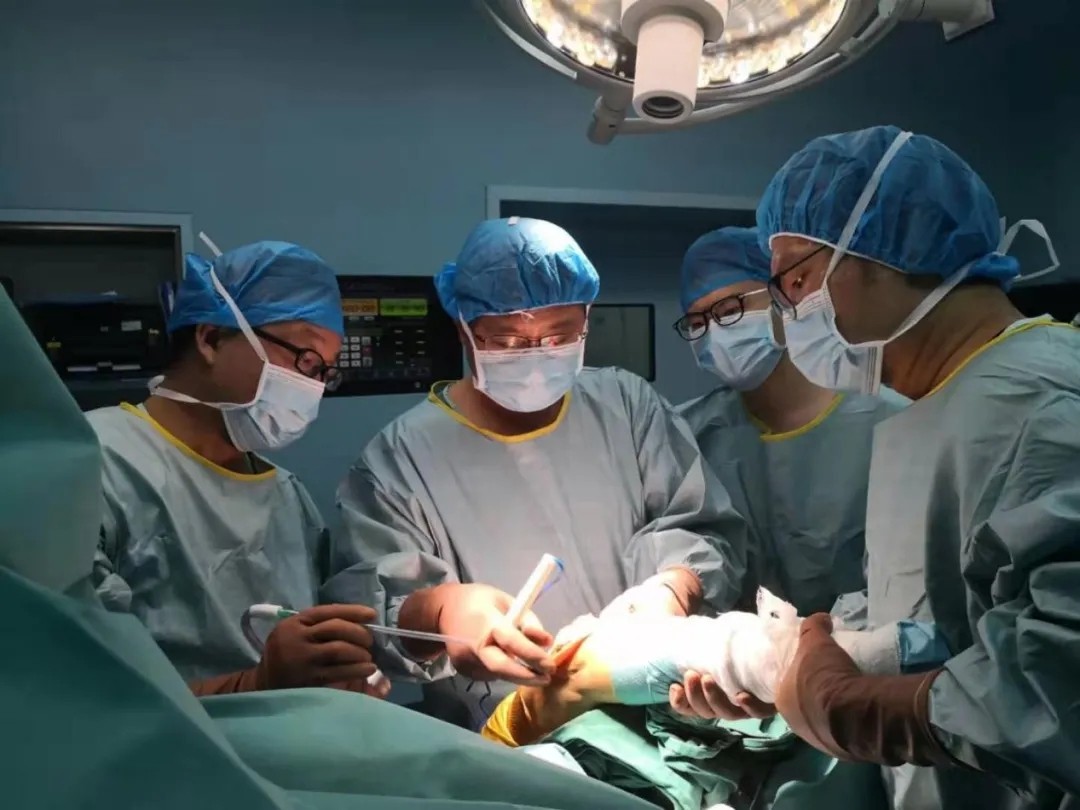 The clinical and research focuses of the center are on digital orthopedics, treatment of periarticular fractures and nonunion, deformity correction, and functional limb reconstruction. The center mainly treats various types of limb fractures, severe open injuries with neurovascular injuries, acetabular fractures, massive soft tissue defects, chronic osteomyelitis and infected nonunion, limb deformities, limb dysfunction, etc. And its clinical and scientific research capacity in the following areas has reached advanced national level, which are the application of minimally invasive techniques and orthopedic robotic navigation and positioning system on internal fixation surgery for fractures, the application of digital orthopedic techniques in the treatment of periarticular fractures, bone transport techniques for the treatment of infected bone nonunion, and functional limb reconstruction.

"By cooperating with Beijing JiShuiTan Hospital through Shenzhen's Sanming Project of Medicine, we will invite the experts from Beijing to Shenzhen every month for tutoring. When they arrive in Shenzhen, they are not only responsible for outpatient consultation, having ward around and surgery, but also are invited to give a two-hour lecture, one hour for experience sharing and one for discussion. Besides our own doctors, many fellows from other hospitals will attend our monthly communication meeting." Dr. LIU Li-jun, director of the Traumatic Orthopedics Center, said. 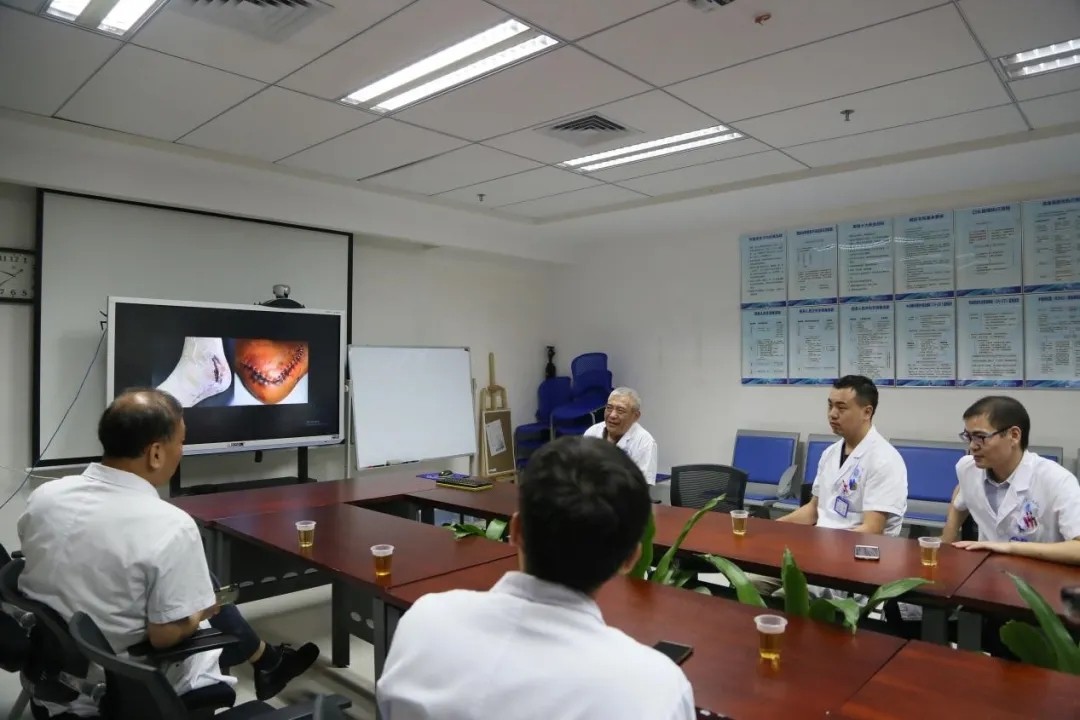 He said that all lecturers are doctors with at least a vice senior or a higher ranking title, and during the two-hour lecture, they will meticulously explain every aspect of human shoulder, elbow and arm to the audiences, helping them to make progress by "standing on the shoulders of giants".

To Have A Global View

International cooperation is vital for the development of a department. In recent years, the Traumatic Orthopaedics Center has been actively participating in international cooperation. For example, Dr. ZHANG Sheng-li, Chief Physician, went to Germany to study at LVR Orthopaedic Vieson Hospital in 2014, and to the U.S. to study at Columbia University Medical Center in 2019; and in 2019, Dr. YANG Jinxing, Deputy Chief Physician, also went to the Royal Liverpool University Hospital and Broadgreen Hospital for his further study. 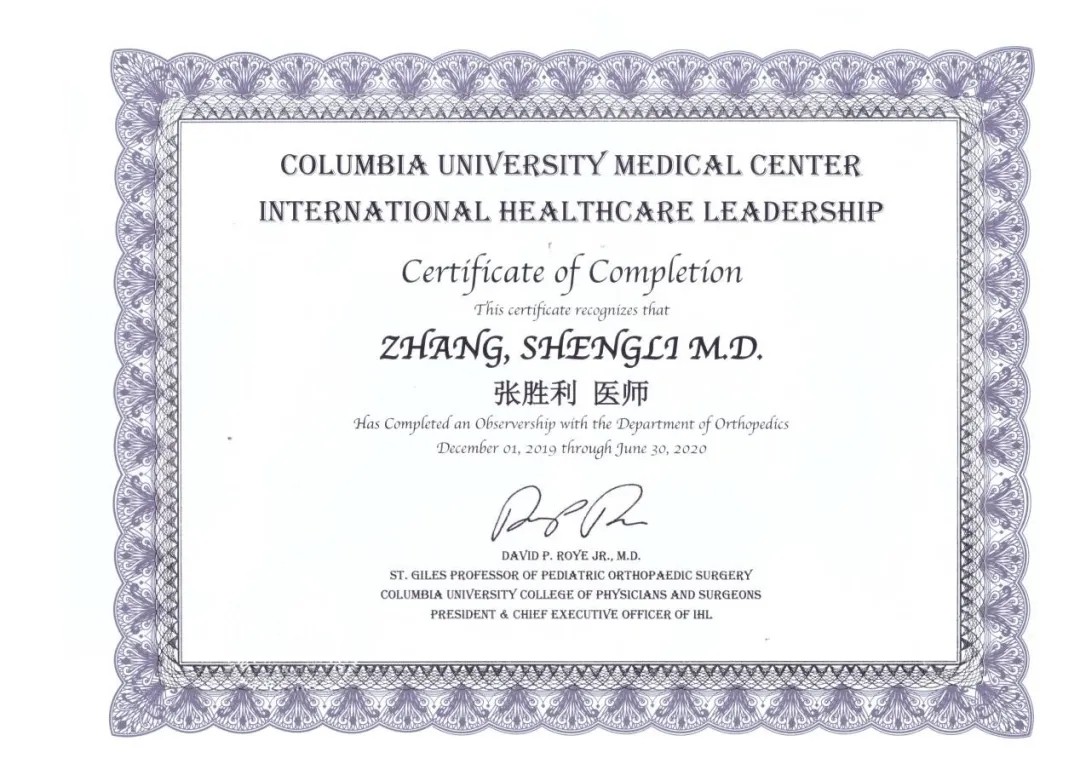 At the same time, the center also held the 5th Traumatic Orthopaedics Forum in Shenzhen & Seminars on New Concepts and Techniques in Traumatic Orthopaedics & The Inaugural Meeting of The Nursing Department of Orthopaedics and Rehabilitation, Intelligent Care and Fitness Regime Committee, Chinese Association for Life Care. Through this international event, the Shenzhen “sang a good sing” about its medical care.