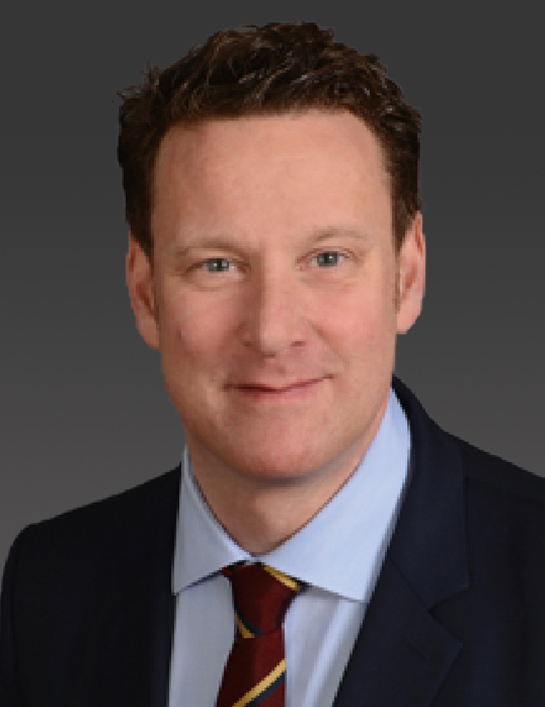 •Specialist in pelvic and acetabular trauma

• Chairman of the Department of Trauma Surgery, Orthopaedics and Plastic Surgery,

• Editorial Board European Journal of Trauma and Emergency Medicine

• Arbeitsgemeinschaft Spine of the DGU

• Association of Pelvic Surgery of the DGU

In the morning of September 16th, the Welcome Ceremony for Prof. Lehmann and the Opening Ceremony for Sino-German Traumatology Communication Center was held by President Jie Cao at Guangzhou First People’s Hospital. The attendees include the Vice President Xinqing Jiang, Chief Director of Orthopedic Department Yunfa Yang and other leaders from the key departments. 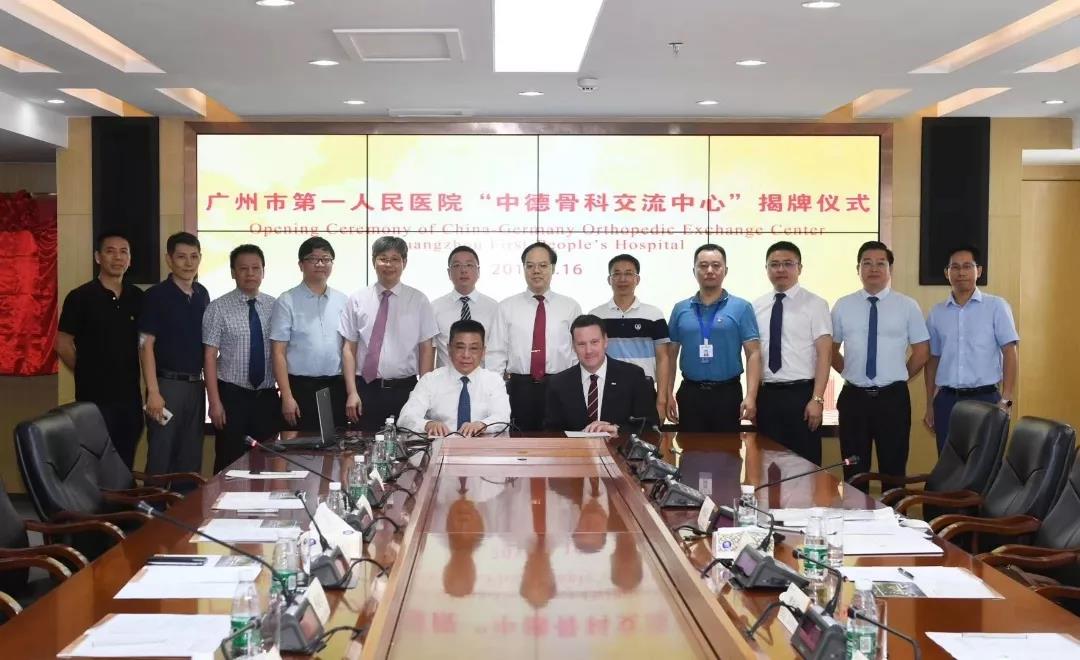 On the ceremony, Prof. Lehmann gave a brief introduction of the Department of Trauma Surgery, Orthopedics and Plastic Surgery of UMG (University Medical Center Göttingen). His hospital is one of the largest German university hospitals for the treatment of injuries and disorders of the musculoskeletal system. The team of experts include 48 physicians and over 115 nurses who provide world-class care for more than 6,000 inpatients and 36,000 outpatients per year. As a university hospital, the physicians are also dedicated to science. Their current focus of experimental research is the treatment of osteoporosis and novel approaches to stimulate fracture healing. 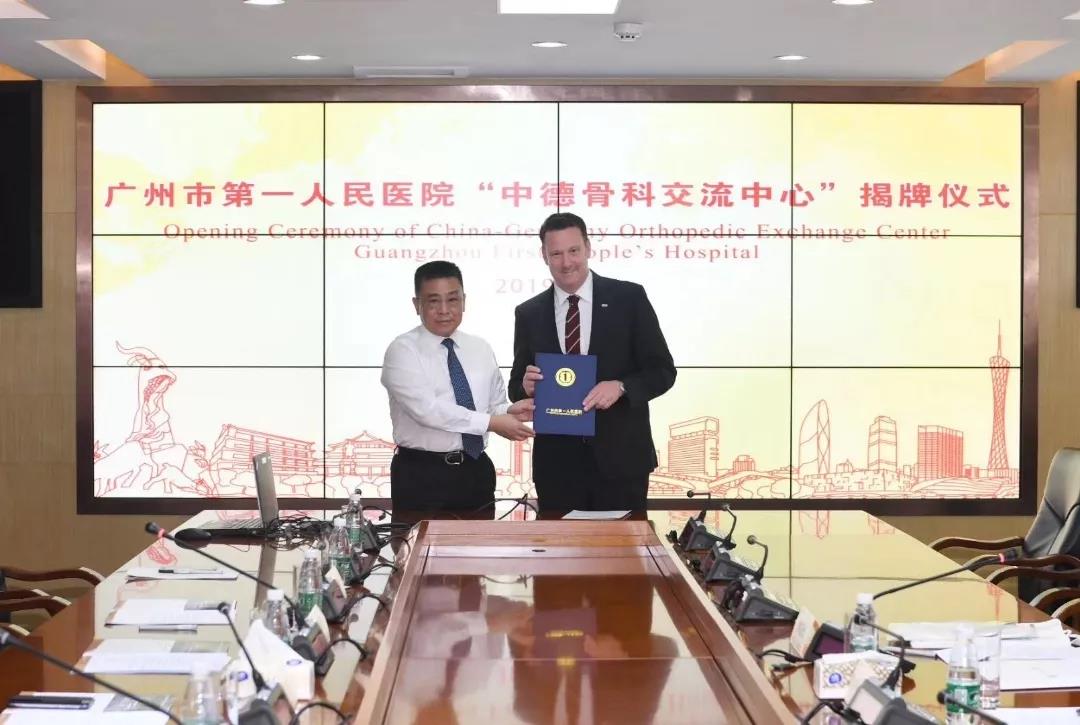 The Department of Traumatology and Hand Surgery of Guangzhou First People’s hospital is renowned no matter in Guangdong Province or other parts of China. It operated its first upper limb replantation surgery in 1965. In recent years, the Orthopedic Department has been dedicated in flap surgery, bone flap surgery, composite tissue flap and other hand surgeries, which is advanced domestically. In addition, it also focuses on the treatment of joint injuries, osteoporotic fracture, polytrauma of pelvis and limb, hand injuries, deformity and tumor. 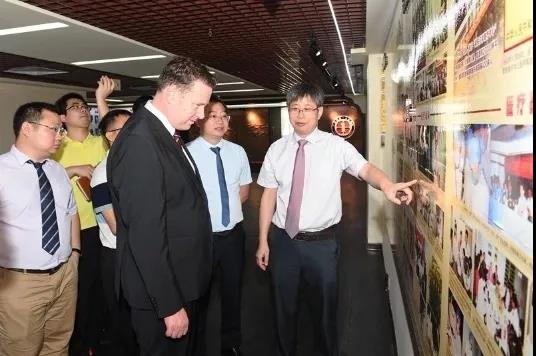 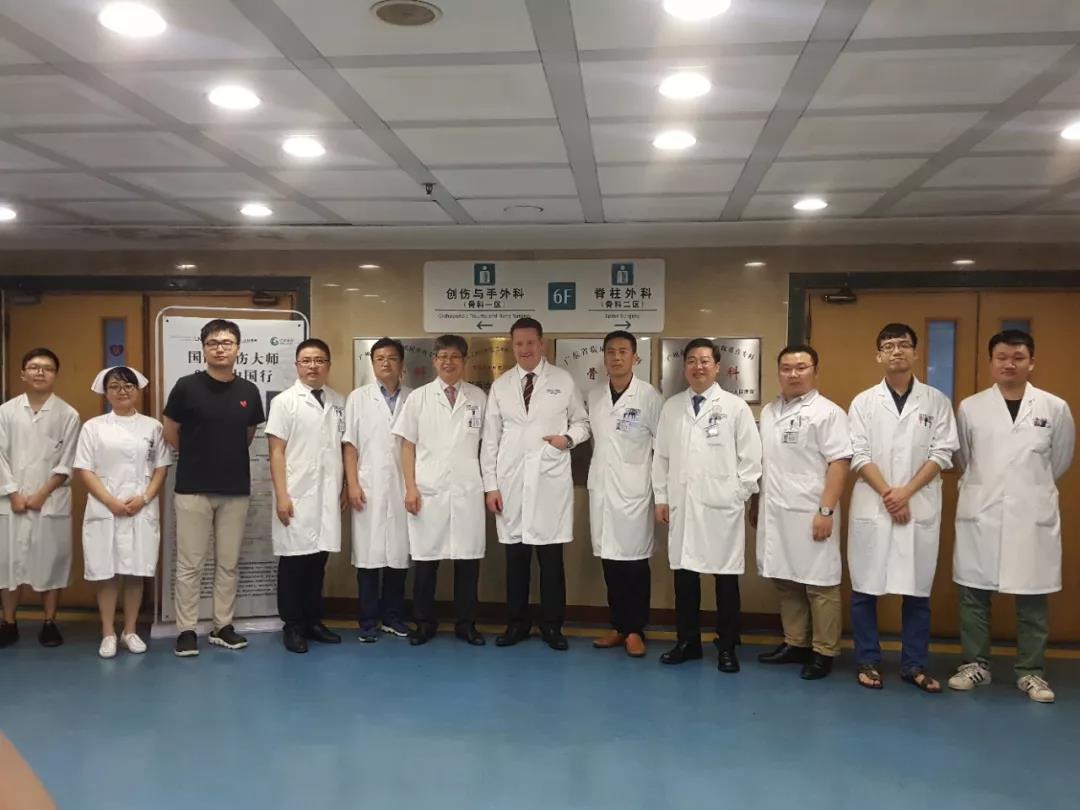 Ward Round Building up Good Connection between Doctors and Patients

At 8:20 of September 17th, Prof. Lehmann arrived at the meeting room of Traumatology Department on time to get a basic information of the newly received patients and made preparation for the ward round. 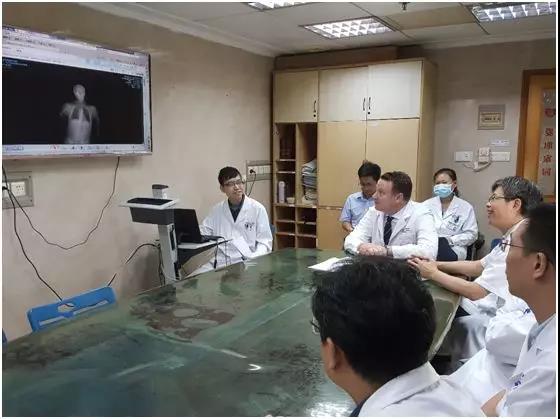 Prof. Lehmann and Dr. YANG Yunfa were discussing the surgery procedures for a patient who was suffering from periprosthetic fracture. And both of them thought that was a valuable discussion. 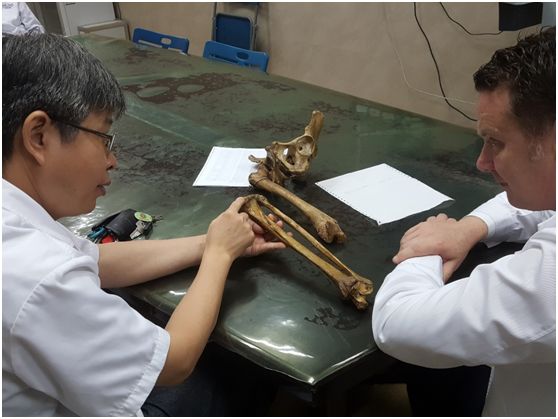 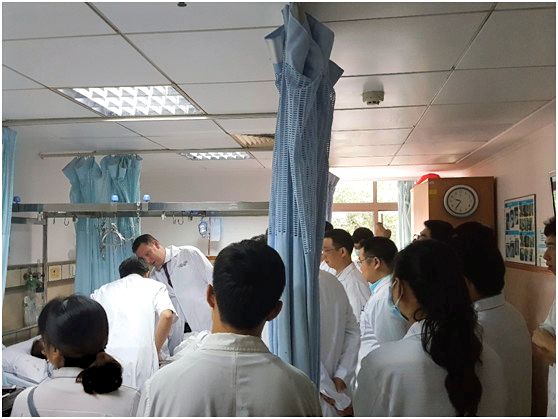 On the afternoon of September 17th there was a training for the departemnt. Prof. Lehmann showed some cases of sacral fractures, pelvic fractures and acetabulum fractures. What’s more, he illustrated the Stoppa approach and the Kocher-Langenbeck approach in details.

Dr. Yang and Dr. Wen helped explained the lecture for the residents. The young doctors said that Prof. Lehmann explained profound theories in simple language and they all benefited greatly.

After the lecture, one of the residents showed a case. That was a 24-year-old young man suffering from wrist and ankle trauma due to a motorcycle accident in 2018.

The patient said that one year after the surgery, his wrist has limited range of motion without pain,and that the ankle gets swelling after walking for a certain distance, which will reduce after rest.

After knowing the career plan of the patient, Prof. Lehmann and Dr. Yang decided not to operate again avoiding infection.

Preparation for the Live Surgery Broadcast

On the morning of September 18th, Prof. Lehmann and Dr. Yang went to the instrument room to get the surgical instruments prepared for the live surgery broadcast. 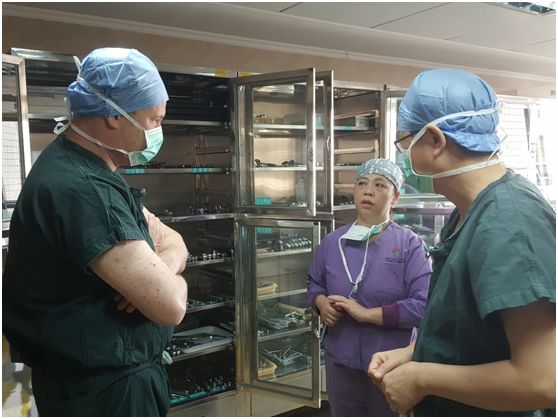 They visited the Operation Room with highest cost and sophisticated surgical equipment and instruments. Both of them had great confidence in the live surgery on Friday. 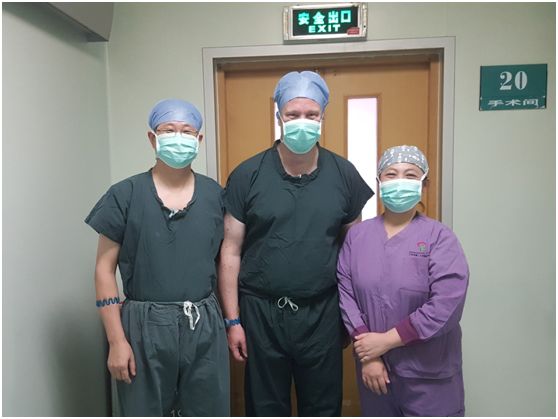 After watching a femoral periprosthetic fracture surgery, Prof. Lehmann find it that there are many differences between the surgical procedures in China and in German. 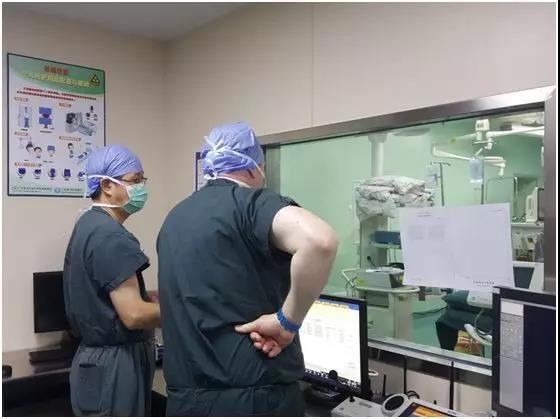 Prof. Lehmann and Dr. Yang were watching the surgery 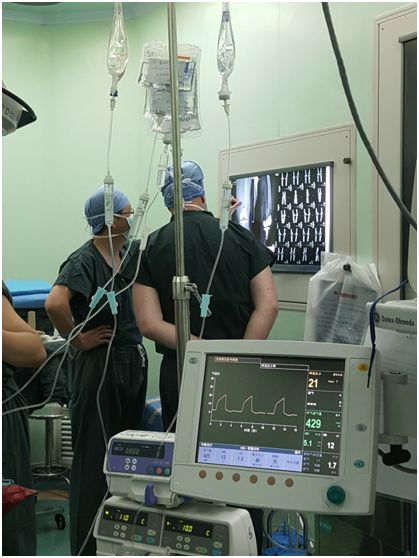 Prof. Lehmann and Dr. Yang were discussing the surgery plan

On the afternoon there was another heated case discussion. Prof. Lehmann gave a lecture on periprosthetic fracture with valuable and classical cases. 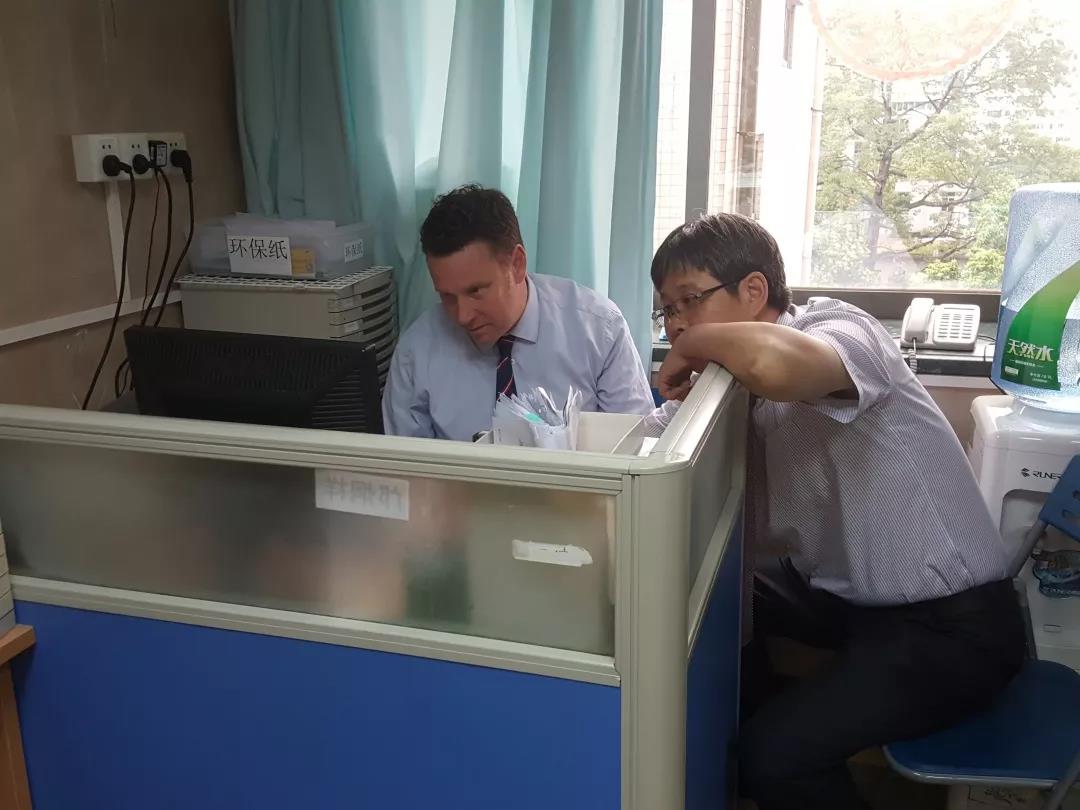 On the morning of September 19th, Prof. Lehmann arrived at the operating room early to get prepare his first surgery in China, which is a proximal femoral nail antirotation (PFNA). 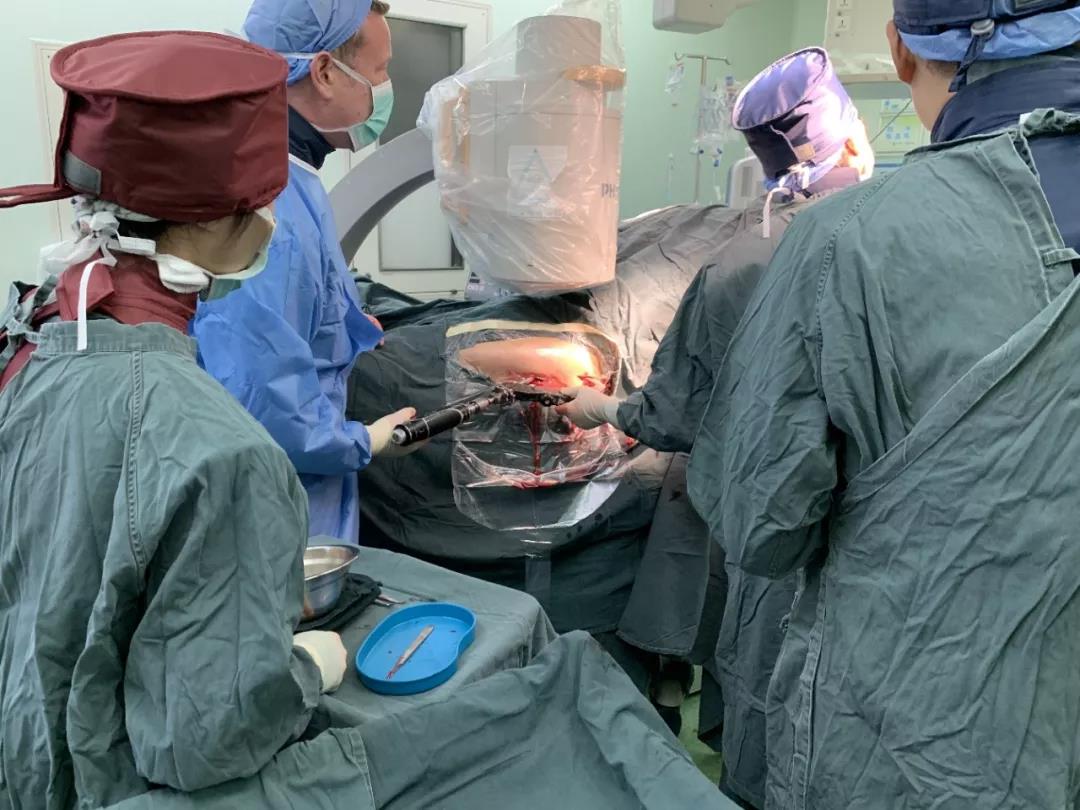 Prof. Lehmann told us that, in Germany,the surgeons will not enter or exit the operating room frequently during the operation. The C-arm is in the OR from the very beginning and everyone in the OR should wear lead apron to capture the images conveniently and operate with high efficiency. 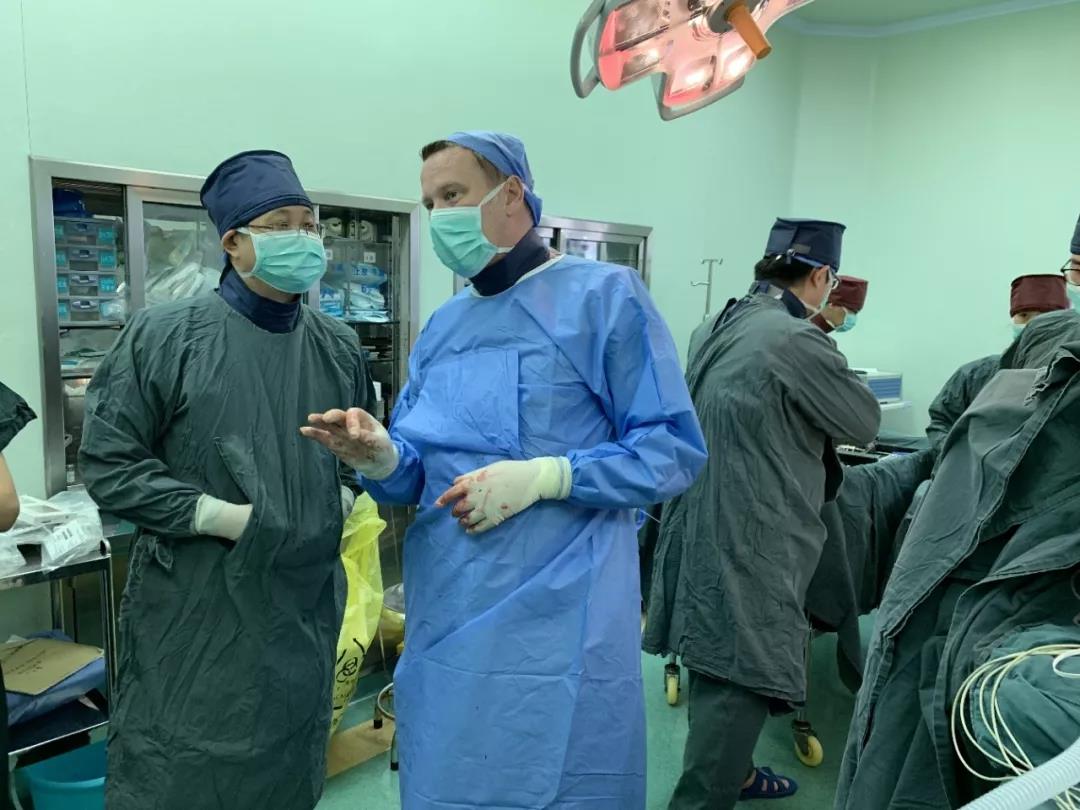 In the afternoon, Prof. Lehmann gave a lecture on distal femoral fractures. The department said that they learnt a lot from that.

September 20th, it is the last day of Prof. Lehmann’s visit to Guangzhou First People’s Hospital. Prof. Lehmann arrived at the department at 8:00 to attend the shift exchange meeting, during which he made some comments on the surgeries operated this week.

At 14:30 Prof. Lehmann arrived at the OR to prepare the pelvic fracture surgery. 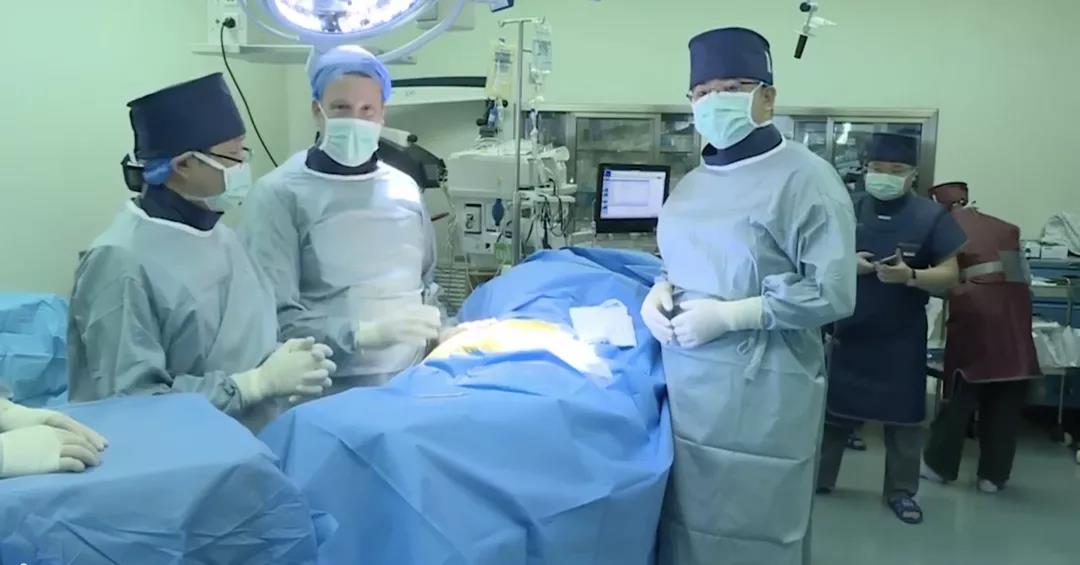 Prof. Lehmann was introducing himself and the surgery

During the operation， Prof. Lehmann explain the surgery procedure in detail.

The surgery went well and Prof. Lehmann was glad that the patient will get a speedy recovery. 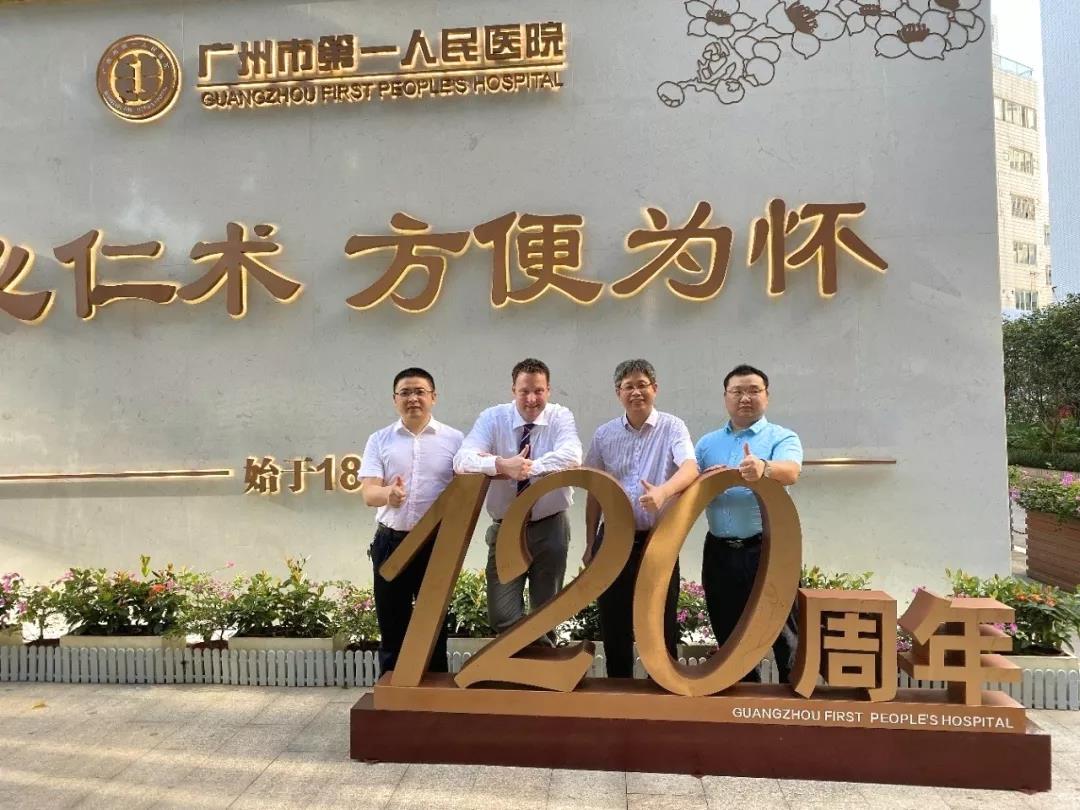 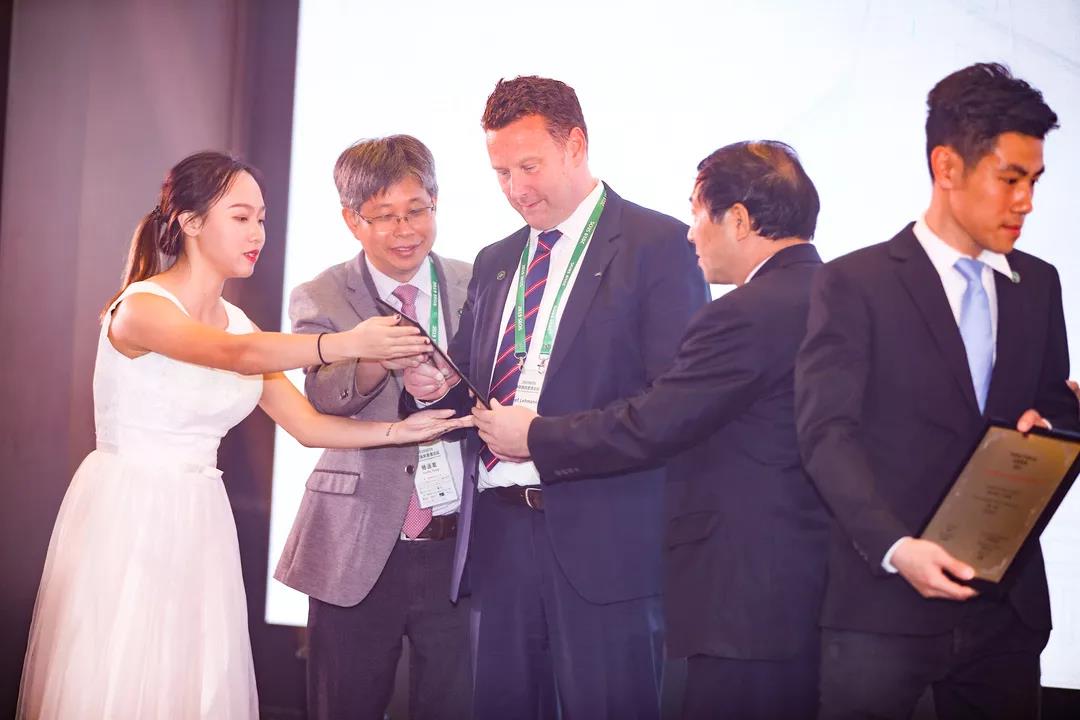 As one of the visiting professors of Guangzhou First People’s Hospital (the Second Affiliated Hospital of South China University of Technology ), Prof. Lehmann will cooperate closely with the orthopedic department to help improve the medical treatment quality of the hospital. At the same time, Guangzhou First People’s Hospital will send visiting scholar to UMG to promote the international influence of it.