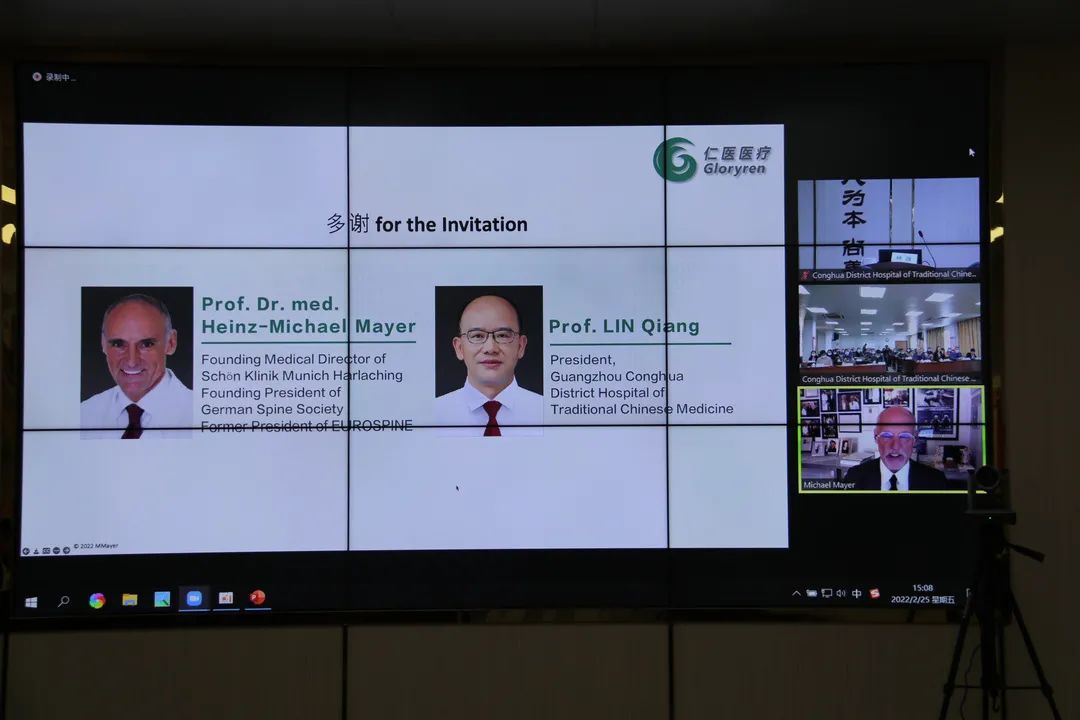 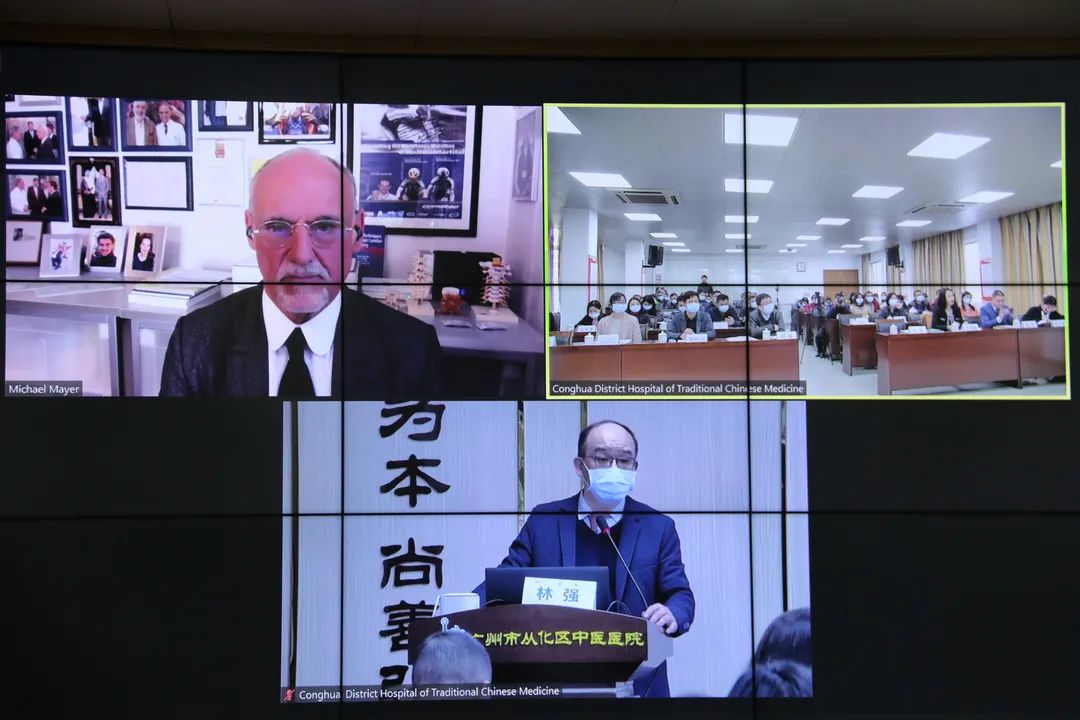 Dr. Lin Qiang, the President of Conghua District Medical Community and the Director of Guangzhou Conghua District Hospital of TCM, expressed sincere thankfulness to Prof. Michael Mayer for his participation today despite his busy schedule. At the conference, President Lin Qiang firstly introduced the progress of the relocation project of the hospital, and shared that the hospital attached great importance to the cultivation of management team as it actively promoted hospital management education and strengthened the development of the management team. He said that as a world-renowned medical institute, Schön Klinik München Harlaching provided a good example in advanced development concepts, successful management experience and mature talent-cultivating mode for us. He hoped that this hospital management conference with domestic and foreign colleagues would help start the new journey into the high-quality development of TCM in Conghua district. 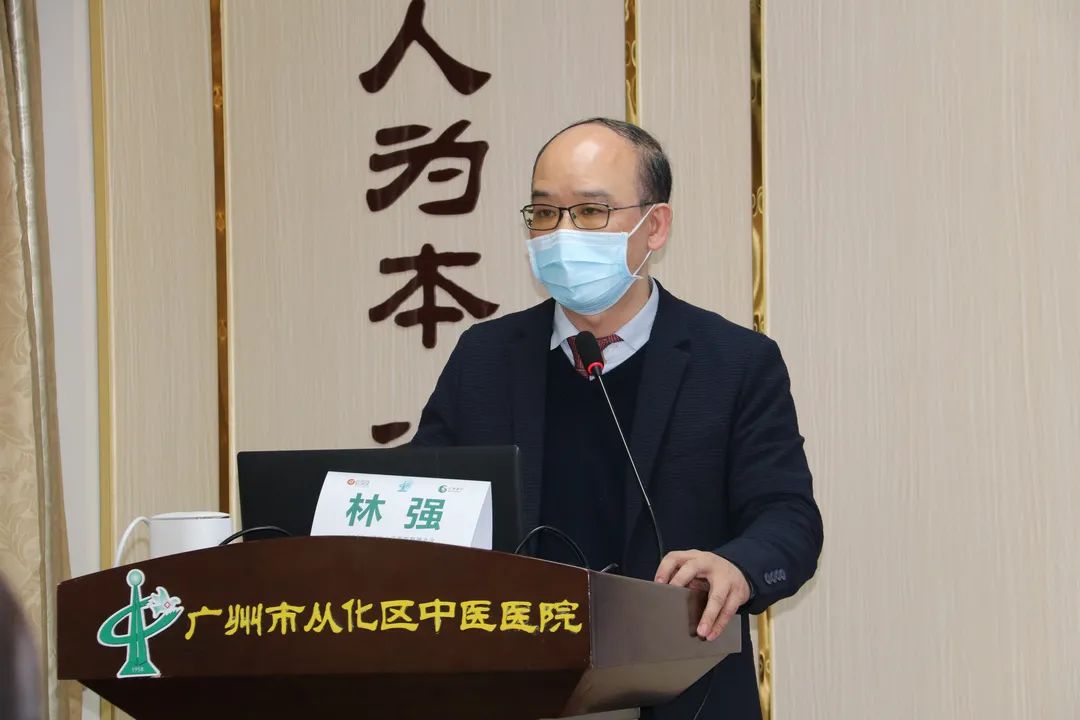 During the lecture, Prof. Michael Mayer gave a lecture titled The Key to Success of a Hospital-How to Achieve and Maintain Excellence to share the process and experience of the transformation of Schön Klinik München Harlaching. 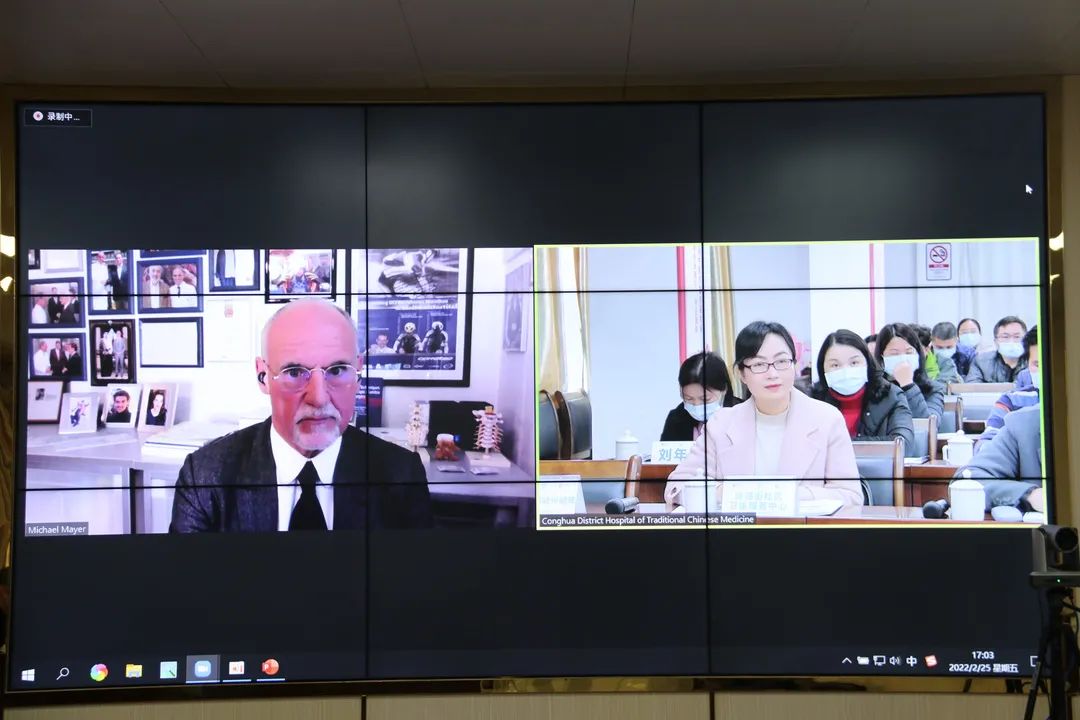 In 1997, Schön Klinik München Harlaching was on the edge of bankruptcy, facing with various difficulties such as poor infrastructure, distrust of the new management, loss of human resources, patient referrals and its status as a university hospital and a teaching hospital and bad reviews, etc. In 1998, Prof. Michael Mayer was appointed as the first president of Schön Klinik München Harlaching. Through a series of measures such as creating infrastructure, provide’premium midicine’defining high international quality standards, establish excellent process management and achieve international competitiveness, Prof. Mayer and his team contributed the success of the hospital in 22 years and gradually shaped it into a world-renowned orthopedics-specialized hospital. In 2007, it became one of the first FIFA Medical Centers of Excellence and was awarded as the World’s Best Specialized Hospitals—Orthopedics by Newsweek from 2019 to 2021. 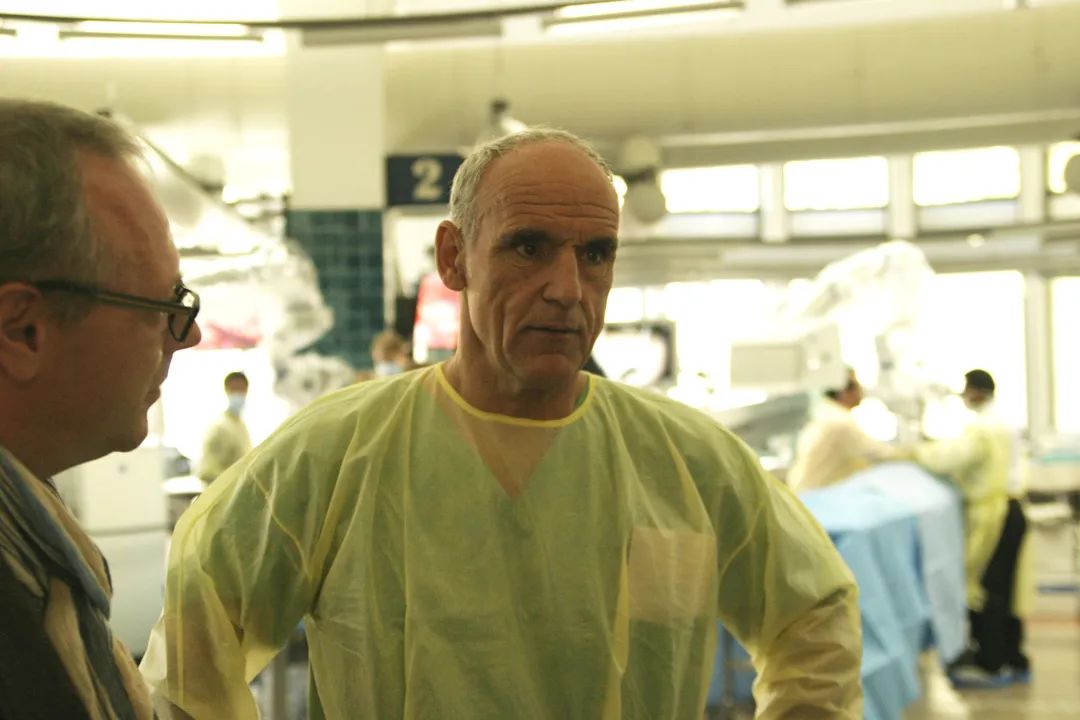 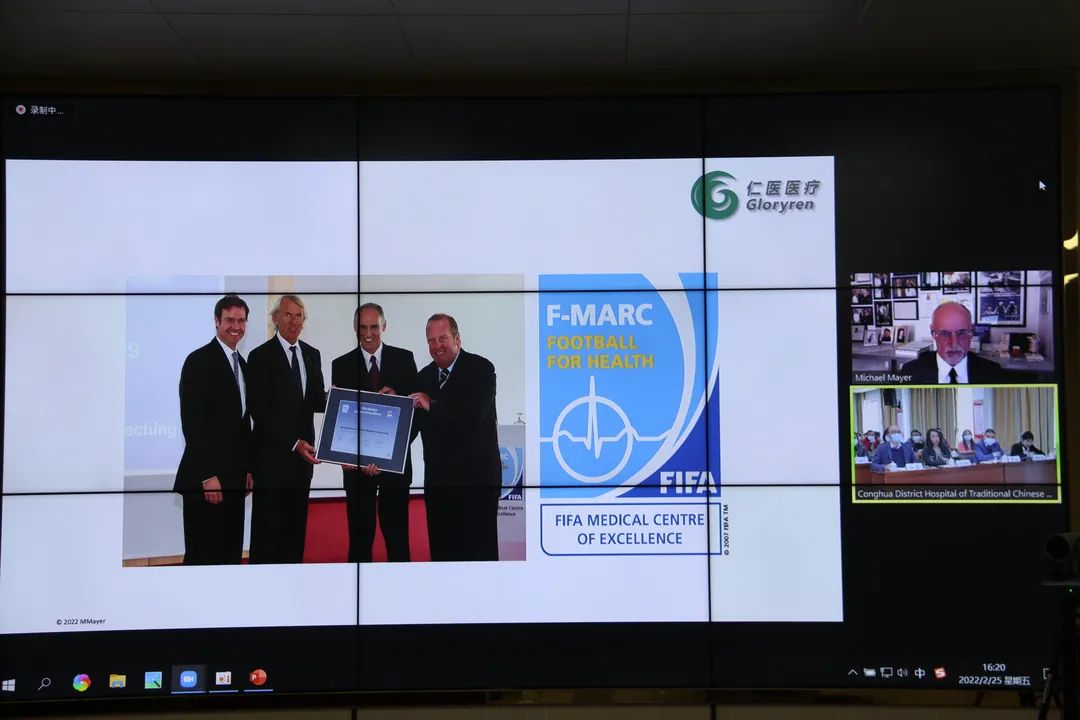 The conference lasted for two and a half hours, within which both sides had an in-depth exchange on hospital management, discipline construction and talent cultivation. 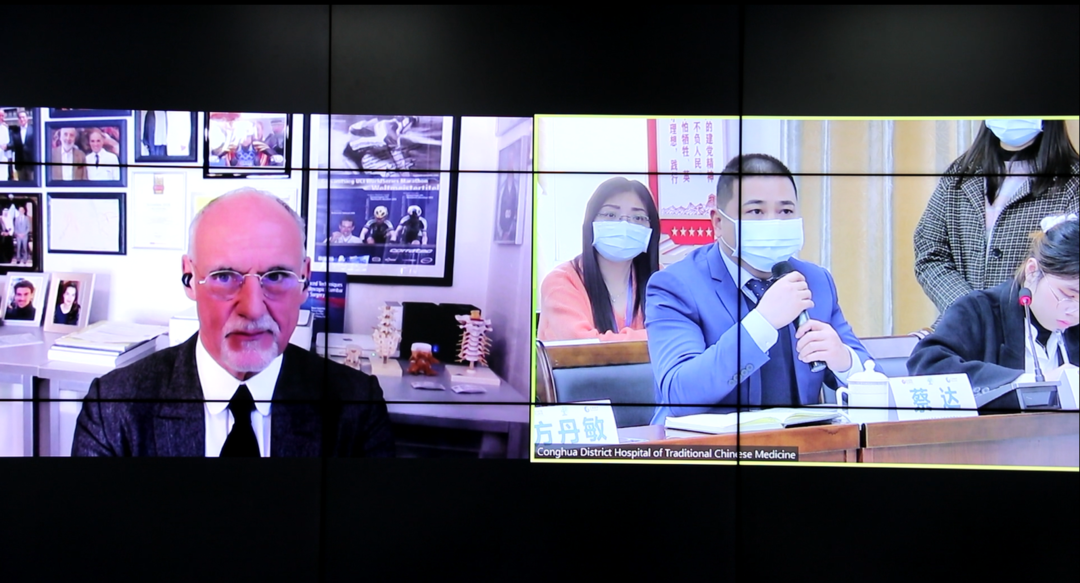 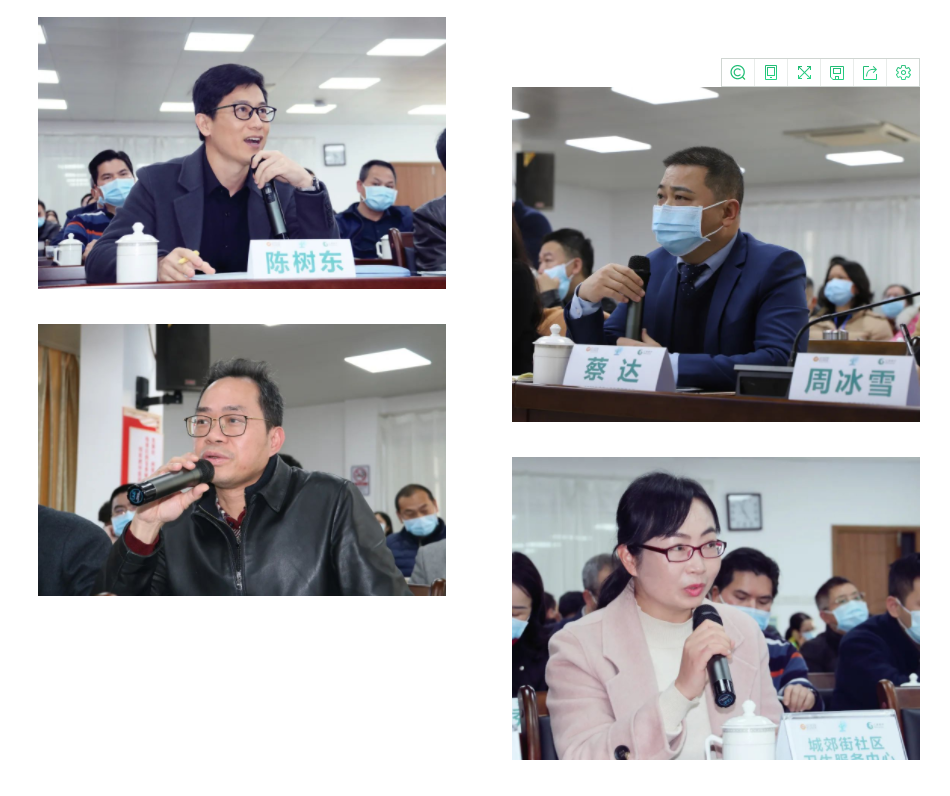 This academic exchange not only provides experience for the development of the hospital, but also widens the horizon of the management personnel, benefiting participants a lot. In the near future, both sides will carry out further exchanges and cooperation on the hospital management, discipline construction and talent cultivation. Committed to building an iconic, comprehensive, and modernized hospital brand,Guangzhou Conghua District Hospital of TCM will continuously promote itself on management, techniques and service, and enrich its culture, providing high-quality, diversified medical choices for people and contributing to the medical improvement of Conghua district. 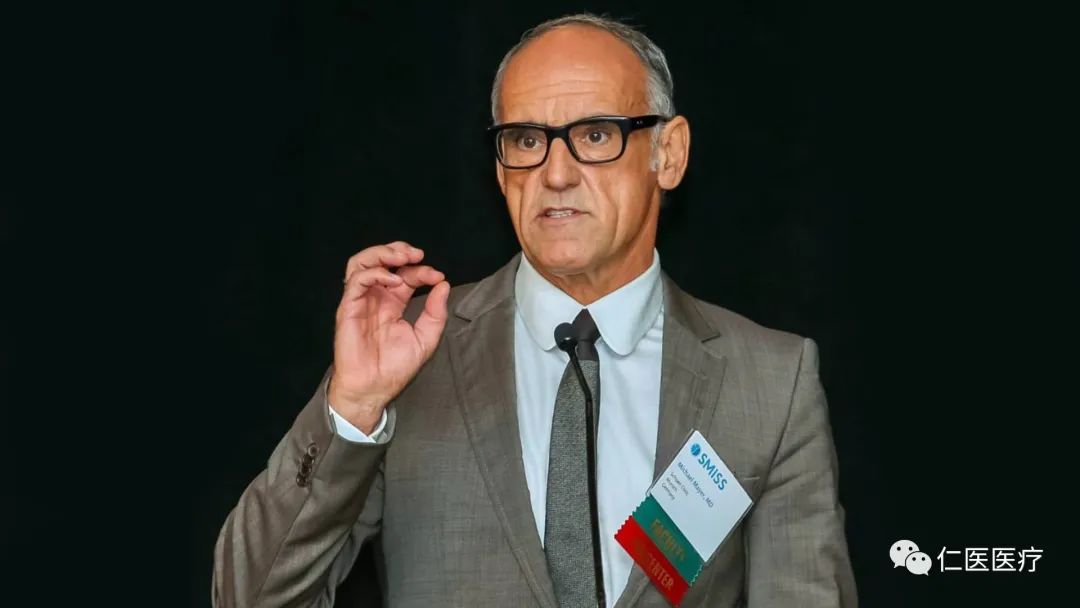 Prof. Michael Mayer, the father of OLIF technique in Spine Surgery, is the Head of Spine Center Munich at Schön Klinik München Harlaching and serves as Professor for Neurosurgery at Salzburg Paracelsus Medical School, Austria. He did many operations for high-ranked national and international celebrities, economic leaders, royal dynasties, and politicians, among them Michail Gorbachev and the 4th president of Egypt Hosni Mubarak. Since 1998, he has been the Head of Spine Center at Schön Klinik München Harlaching. In 2006, he served as the Chairman of EUROSPINE and German Spine Society. In 2007, Schön Klinik München Harlaching became one of the FIFA Medical Centers of Excellence. And he has edited or co-edited 9 books. In addition, he was also the Deputy Editor of Global Spine Journal. He has been the member of AOSpine Technical Commission and the board member of AOSpine Europe. His clinical research focuses are Minimally Invasive Spine Surgery, Spine Surgery on athletes, lower back pain on football players, cervical disc replacement, computer-assisted surgery, spinal arthroplasty, etc.

The commencement of the relocation project of the hospital turns a new page for its development. The relocation project of the hospital is one of the key projects of Guangzhou in 2022. With a total investment of 1.06 billion yuan, the new location covers a total floor area of about 67,467 m2, and a construction area of 115,820 m2 with 800 beds in plan. Moreover, it will be put into use in 2024, continuing to serve as “a hospital for people in Conghua District” and building up a full life-cycle health service system centered on the residents’ health. And it will add up new departments such as obstetrics, neonatology, prevention and health care, infectious disease, and develop multiple provincial and municipal key specialties, achieving the level of a Grade-III hospital. 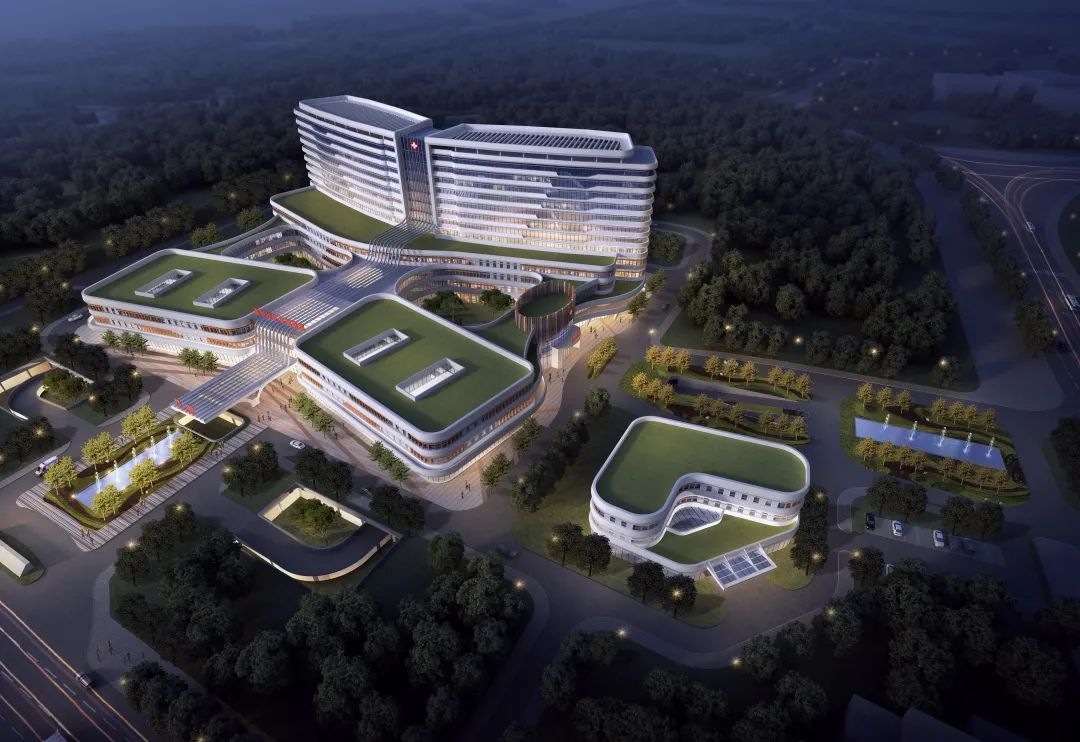