With the coming of Chinese Spring Festival, we have the grand announcement that Prof. Dr. Karl-Walter Jauch, Medical Director of Hospital of the Ludwig-Maximilians-University (LMU) Munich is going to attend Sino-Euro Management Forum for Future Hospitals of Sino-Euro International Orthopedics Summit 2020 (SEOS 2020) in Suzhou, China.

Sino-Euro International Orthopedics Summit (SEOS) converges globally renowned orthopedic experts and establishes the alliance of international orthopedic doctors, making it a grand academic event with the presence of many hospital directors who are renowned both in China and in Europe.

Sino-Euro Hospital Development Forum of SEOS 2020 will be held in the beautiful ancient water town-- Suzhou, China on september 12th , 2020. 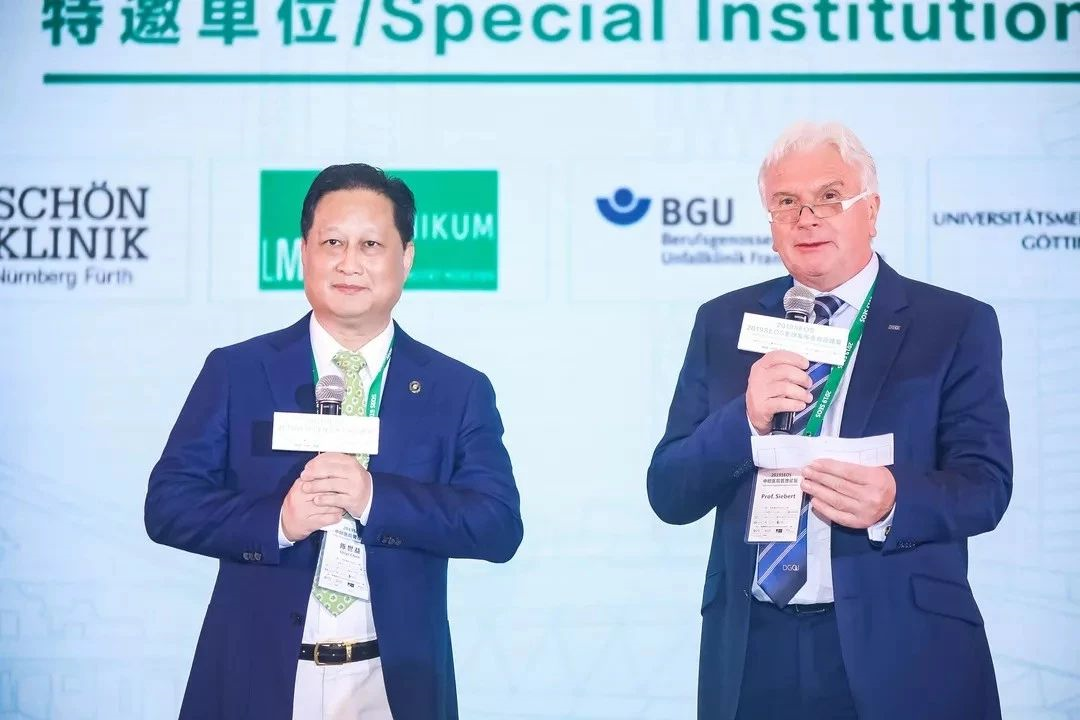 It’s my great honor to be the Chinese Region President of the 3rd Sino-Euro International Orthopedics Summit 2020 (known as SEOS 2020 hereinafter). We are going to organize Live Surgery Broadcasts simultaneously at ten grade IIIA hospitals in ten Chinese cities at 15:00 p.m. on September 11, 2020. SEOS 2020 Future Hospital Development Forum will fall on September 12 in Suzhou City, an ancient and picturesque city in the south of China. Both of these two sessions aim at making significant contributions to the exchange between renowned orthopedics experts from China and Europe.

The live surgery broadcasts of SEOS 2020 will focus on the fields of spine, joint, trauma, sports medicine, foot and ankle, orthopedic oncology and pediatric orthopedics and we will have 22 renowned European orthopedics masters as our special guests of the summit. Also, I feel thrilled and greatly privileged to invite the top orthopedics experts from all over China to be here in Suzhou on September 12th for experience sharing and networking with European colleagues.

Your presence brightens up this summit and we are looking forward to insightful scientific communication, spiritedly academic discussion, brainstorming idea exchange and we are all looking forward to making new friends and meeting colleagues, friends within the worldwide family of orthopedic surgeons.

As the Chinese Region President of SEOS 2020, I am sincerely hoping we could help the Chinese and European surgeons to deepen their academic communication and cooperation.

Ever since ancient time in China, there are numerous literati dedicating their hymns to Suzhou City, and there is also a household proverb saying: Up above there is heaven; down below there are Suzhou and Hangzhou. You are warmly welcomed to this picturesque city. Now Suzhou is at its golden season in autumn and you can immerse yourself in the delicate essence of the Wu Yue Culture, taste the famous cuisine, Yangcheng Lake large crab and have fun around the old towns in Suzhou. 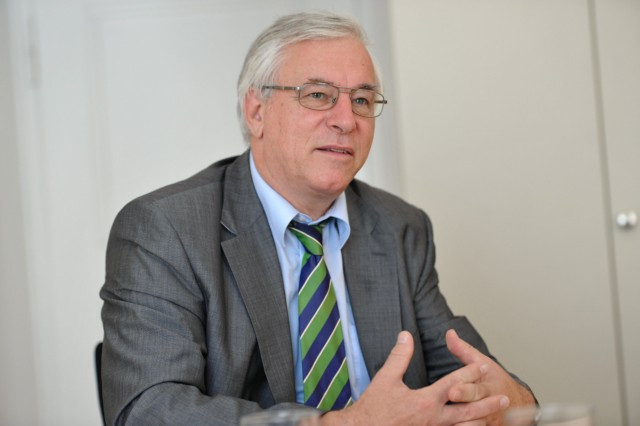 Prof. Jauch will initially deliver a 30-minute speech to share his profound experience on the manage of the second largest hospital in Europe at the SEOS 2020 that will be held on September 12th in Suzhou, China.

He has been the Medical Director of Hospital of LMU Munich and a member of the National Academy Of Sciences Leopoldina since 2013, and he was also granted with the Federal cross of merit. Prof. Jauch’s team is pioneering in the ability of scientific research. Medical Director/ Chairman of the Board, the Hospital of the Ludwig-Maximilians-University (LMU)Munich

Since 2002 Director of the Clinic and Polyclinic for Surgery of the LMU, Klinikum Großhadern

1988 Appointment as private lecturer for surgery

1988 Habilitation at the LMU Munich

1985 Recognition as a doctor for surgery

1981 - 1988 Assistant at the surgical clinic and polyclinic, Klinikum Großhadern, LMU

1978 Doctorate at the Albrecht-Ludwig-University Freiburg

Functions in scientific societies and committees

Since 2014 Member of the University Council of Heinrich-Heine-UniversityDüsseldorf

2013 President of the German Society of Surgery (DGCH)

Since 2006 Member of the Science Council (Medical Committee)

2005 - 2006 Chairman of the German Society for Coloproctology

2000 - 2003 Chairman of the Surgical Working Group Endoscopy and Sonography CAES.

2000 - 2001 Chairman of the Association of Bavarian Surgeons

1996 - 2003 President of the German Society for Nutritional Medicine (DGEM)

since 2013  Member of the National Academy of Sciences Leopoldina Karl-Walter Jauch's research focuses on tumour surgery, metastasis and transplant medicine. He has established a tissue bank and is involved in ethical and legal questions of body material in research. In earlier work he has blood sugar lowering effect of ACE inhibitors discovered.

transplantation programmes have been established and are well established. He has dealt with ethical and legal organ allocation and is responsible for transplant centers and a central transplant register. A further focus of Karl-Walter Jauch is the provision of body material for research. Early on, he set up a tissue bank

was founded. It makes tissue, which is removed during operations, available to research on decree. A typical example are cancer operations in which the tumour and him surrounding healthy tissue is removed. The tissue bank shall take into account the ethical, scientific and patient rights requirements for collection and use

In previous work, Karl-Walter Jauch has dealt with questions relating to tumour surgery and metastasis, emergency and intensive care. Particularly important to him was the further development of emergency medical care. Thus he has developed concepts for the quality management established in the rescue service.

At the beginning of his scientific career, he researched kininases, especially the angiotensin-converting enzyme (ACE). He is considered the discoverer of the blood sugar-lowering effect of ACE inhibitors (ACE inhibitors). The active ingredient is mainly used in the treatment of high blood pressure (hypertension)

Hospital of the Ludwig-Maximilians-University (LMU) Munich

The Hospital of the Ludwig-Maximilians-University (LMU) Munich , the merged hospital complex of the Ludwig Maximilian University of Munich, including the campuses Klinikum Innenstadt in the city center and the Klinikum Großhadern in Hadern, is located at Munich, the capital of the most prosperous state-Bavaria.

The hospital in one of the most famous and the largest university hospitals worldwide, which represents thie highest medical and research standard of Germany even of Europe.

47 Nobel laureates have ever worked or studied in the hospital. It is a public institution focusing on high-end medicine, innovation as well as medical technology research with strong research potential, teaching faculty and medical treatment.

Around 500,000 patients are treated annually at its two campuses Grosshadern and downtown . The hospital is divided into 29 specialist clinics, eleven institutes and seven departments. For this purpose, 49 interdisciplinary centers work together across subject boundaries. In addition to the outpatient care facilities, just over 2,000 beds are available for partially and fully inpatient treatment. There are 1,700 physicians and 3,200 nurses to take care of our patients. Together with the Medical Faculty of the Ludwig-Maximilians-Universität München, we rank among the leading medical centers both nationally and internationally. 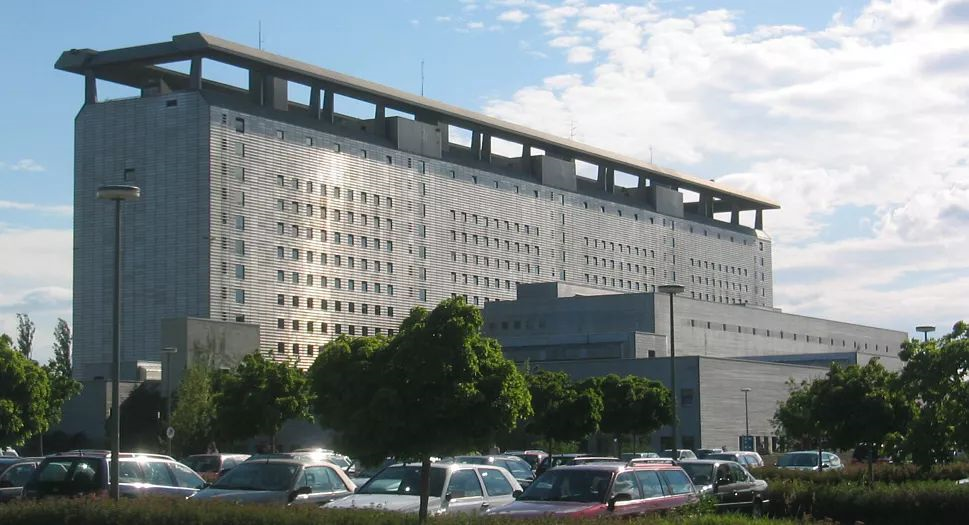 The hospital is most famous for transplant medicine and high-risk pregnancy. And it is among the best European medical institution of Alzheimer's disease, colorectal cancer, cardiovascular disease, lung cancer, multiple sclerosis, prostate cancer and chemotherapy.

Prize: The Second Prize of TOP KLINIK of FOCUS

The first Sino-Euro International Orthopedics Summit in 2018 (SEOS 2018) was successfully held on September 8th in Guangzhou, China. We had invited dozens of international orthopaedic masters form Germany, France, Italy, North America and other countries and nearly 100 domestically famous orthopaedic experts from China as a lecturer group with 860 orthopaedic experts to share the cutting-edge technology and clinical progress in spine, joint, sports medicine, ankle and bone tumor.

The conference integrates the advantageous resources of orthopaedics in China and Europe, and establishes an alliance of Sino-Euro international orthopaedic doctors. More than 60 international guests attended the ceremony, including Jeffrey C. Wang, Stefano boriani, Frank kandziora, Jean Charles, Le huec, Daniel J. Rosenthal, Hermann Otto Mayr, Markus Walther, Brad Repsold and over 60 other members of the alliance, who witnessed the special moment together.

The SEOS 2019 was a brand new start. It was divided into two parts. One showcased the latest orthopedic surgeries in a way of live surgery broadcast and the other part was to share advanced concept for the management of hospitals in China and in Europe in a way of hospital management forum. Live surgery broadcast of The 2nd Sino-Euro International Orthopedic Summit was successfully held on September 20th , which was conducted by 7 German orthopedics masters allied with one Chinese experts on sports medicine and 9 orthopedic experts at 8 different Grade AIII hospitals in Shanghai and Guangdong-Hong Kong-Macao Greater Bay Area, setting a record of the largest number of internationally renowned orthopedists that carried out live surgery broadcasts in China. Sino-Euro Hospital Management Forum of SEOS 2019 was held on September 21st at Ritz Carlton in Guangzhou, China, which converges numerous internationally renowned hospital medical directors, orthopedic experts and leading experts in each orthopedic specialties to share the profound experience of hospital management and the century-long history of the best orthopedic hospitals of the world. There was simultaneous interpretation at scene  to convey accurate information in the Sino-Euro Hospital Management Forum of SEOS 2019, it is also live broadcast to share with more orthopedic peers.