The Amazing Speed of China - The Construction of Huo-Yan Laboratory Was Completed Within 10 Hours!

On Jan 8, the newly built Huo-Yan, or Fire Eye laboratory, which is a white, tent-like inflatable facility serves as a standardized nucleic acid testing platform, was put into use for processing the tests at the tennis hall of the Hebei Sports Centre. It’s expected to help test up to 1 million samples a day. The construction of the laboratory officially kicked off at 00:00, and was completed late on that day within 10 hours and was put into use in lees than 21 hours. At 21:45, the testing personnel entered the laboratories for preparation and started their work, which plays a big part in helping the city's nucleic acid testing. 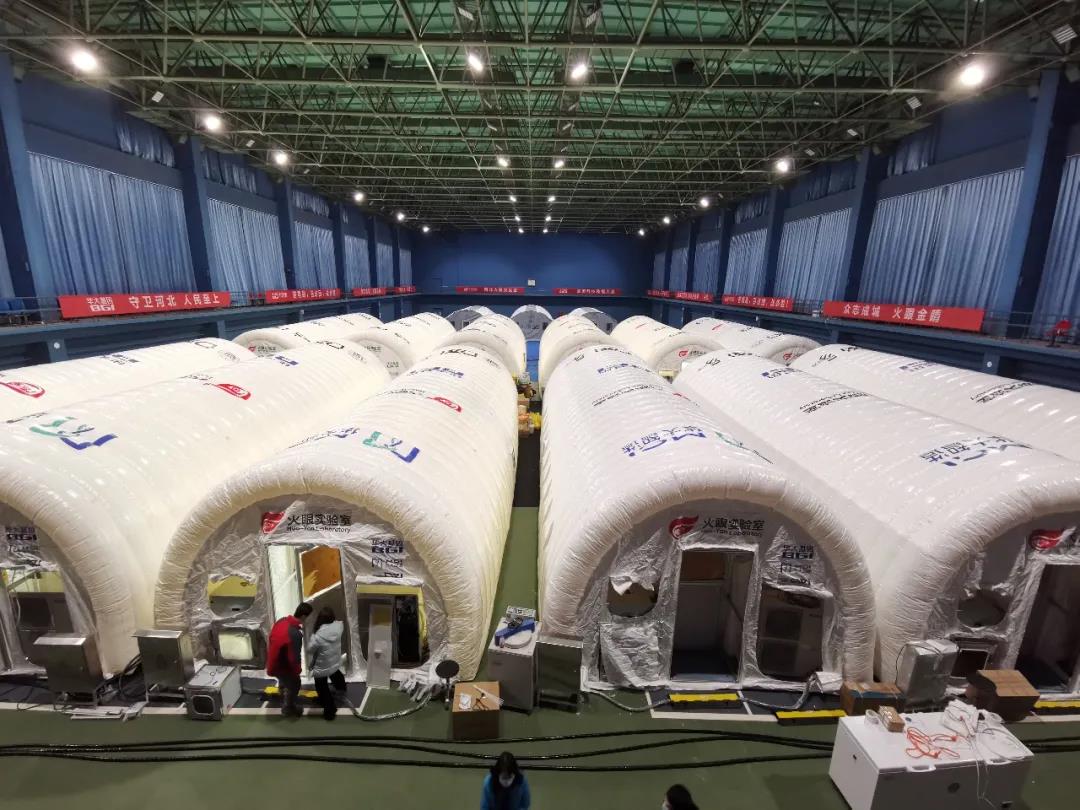 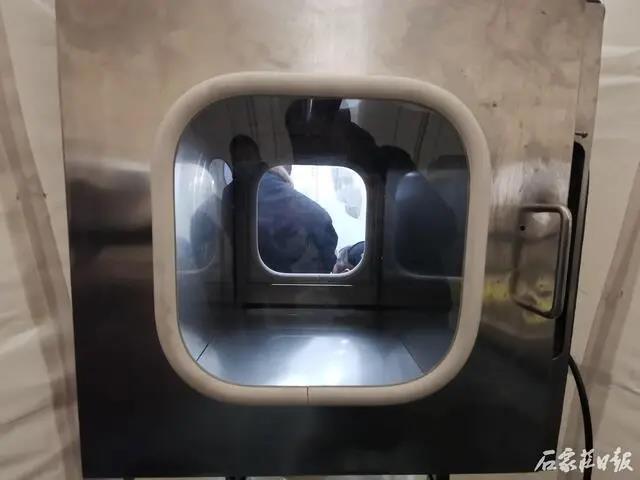 △The Passage Between Compartments For Passing On Samples 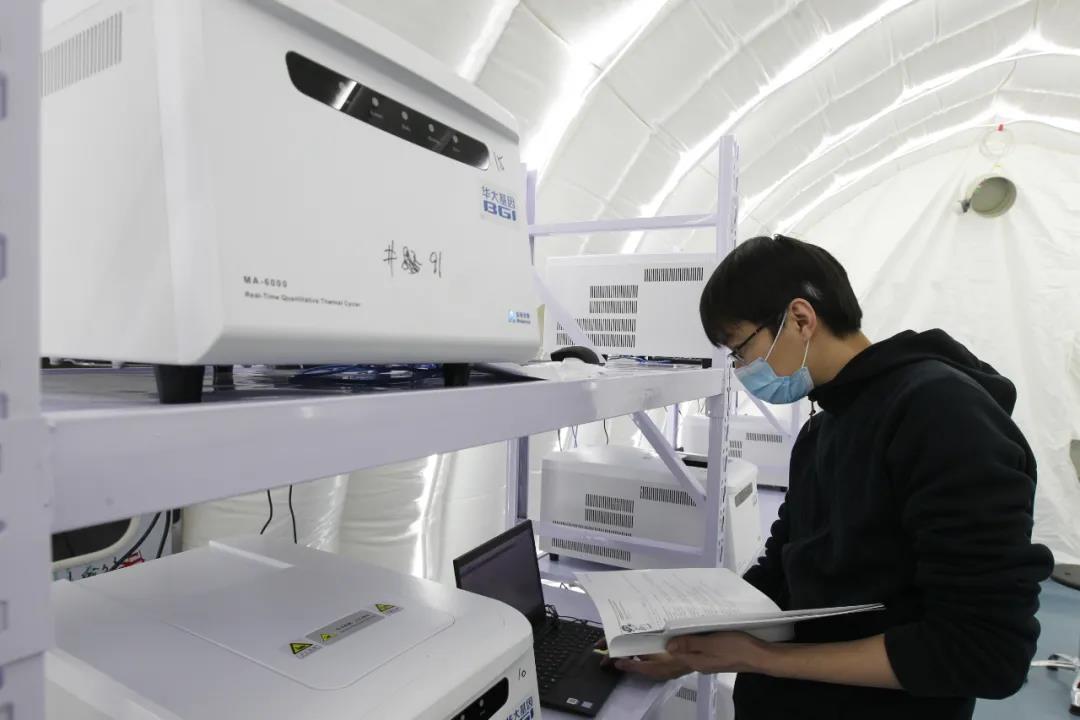 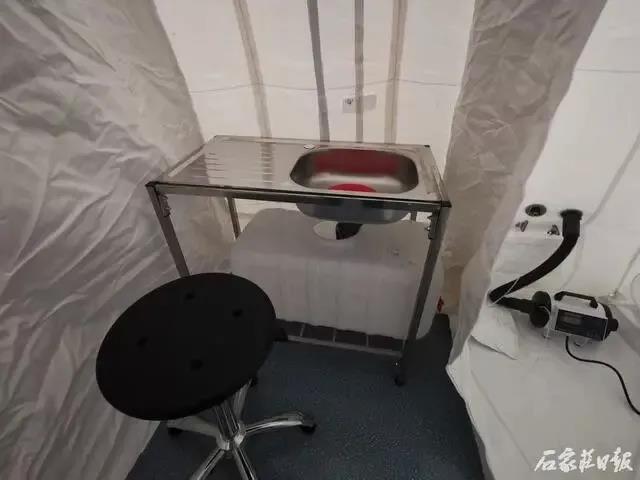 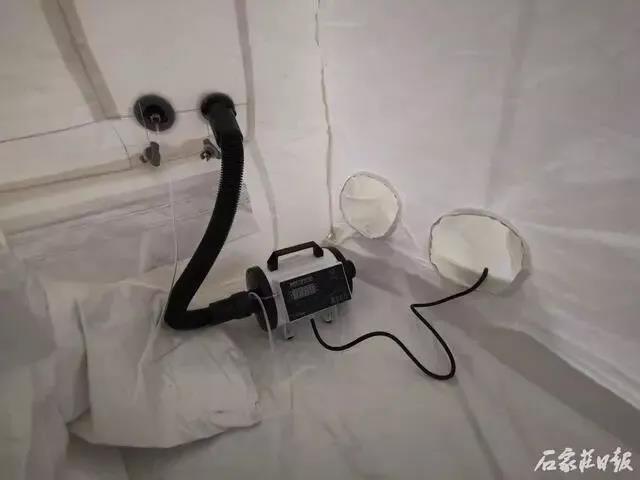 At 21:45 on Jan 8, 47 testing workers from Shenzhen entered the laboratory one after another to start their work. It is reported that the laboratory can help test up to 1 million samples per day. The director of the Huo-Yan laboratory, Du Yutao said on that evening the laboratory had received 20,000 samples from surrounding counties, and with more and more testing workers arriving at the site, the testing will gradually reach its maximum capacity.

"Although it was a really tiring job, but I carried on. I can say I also made my contribution to fighting the pandemic for Shijiazhuang."

Dai Hao, 55 years old, is the manager of the construction team. At late night on Jan 7, when he heard that the Huo-Yan laboratory would be built in the Hebei Sports Centre, but there was not enough workers, he immediately led his men to the construction site as support.

Because the Huo-Yan laboratory was built inside the sports centre, and much of the large equipment needed to be moved and installed manually, therefore, Dai Hao led his team to unload those materials and equipment one by one and work together to carry them into the sports centre. The heaviest equipment weights over 400kg, which requires more than 4 men to unload it.

Having engaged in the building industry for many years, this is the first time for Dai Hao encountering the construction of a medical laboratory. “If we met some problems during the installation process, we kept consulting with the manufacturer for advice so as to avoid any mistakes."

"Although it was a really tiring job, but I carried on. I can say I also made my contribution to fighting the pandemic for Shijiazhuang." When Dai Hao said this, he had been working on the construction site for more than 10 hours without any rest, but he felt that their hard work was worthwhile.

"The whole country is concerned about the situation in Shijiazhuang, and as a part of this city, we have to contribute our own efforts too." Dai Hao said.

And Have Been Constructed In 16 Major Cities.

The Huo-Yan laboratory is a “veteran” in the battle of fighting against the pandemic. Its name “Huo-Yan” is derived from a Chinese idiom “Huo Yan Jin Jing”, meaning a pair of piercing eyes, which empowers it to “detect” the coronavirus the first time with the help of the advanced technologies. As a widely used technological equipment, Huo-Yan laboratory plays an important role in helping the prevention and control of the COVID-19 outbreaks cross the country with its swift testing ability. 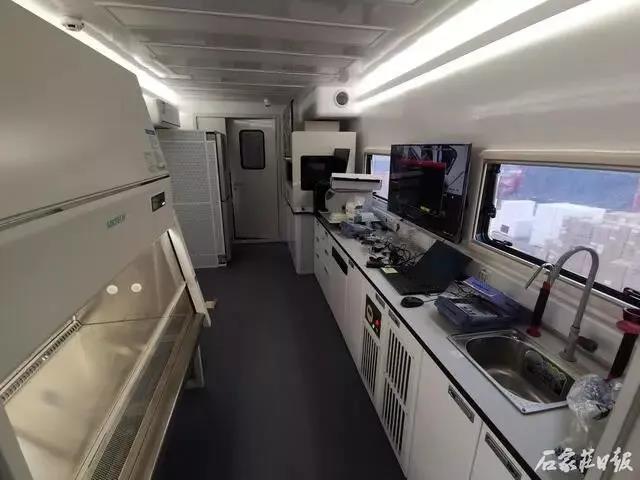 △Interior of The Vehicle Laboratory

Many Huo-Yan laboratories had been constructed in 16 major cities in China, including Beijing, Wuhan, Shenzhen and Tianjin, and had tested over 200,000 samples across the country in a day. In June 2020, the Huo-Yan laboratory was once set up as support in Daxing, Beijing; in September 2020, it was set up in Hong Kong to help the universal community testing, and in Qingdao to help the citywide testing in October 2020.

Netizens: This Is The Amazing Speed of China

Within 10 hours, the Huo-Yan laboratory was neatly built up; Within 21 hours, it was put into use directly. Netizens all marveled at the amazing speed of China, and expressed their wishes that Shijiazhuang will definitely go through this pandemic!