Prof. Dr. Med. Pietro Ruggieri，Chairman of the Department of Orthopedics and Orthopedic Oncology at University of Padova 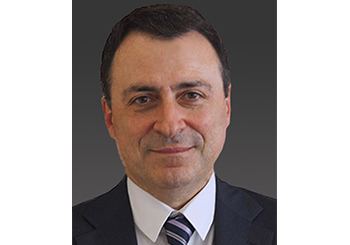 More than 4.000 surgical procedures performed in orthopedics, with special regard to the field of musculoskeletal oncology.

• Erwin Morscher Award 2014 by EFORT Society, with the Honorary Lecture in London EFORT 2014, June 5th: “Progresses of Musculoskeletal Oncology in the last decades and future perspectives”

• EFORT Award for the Best Paper June 2012, Berlin with the paper “Post radiation sarcoma: A single institutional experience on 52 cases”

• Since May 2018  Member of EMSOS (European Musculoskeletal Oncology Society)

• Co-director of the Subspecialty of Tumors for the SICOT