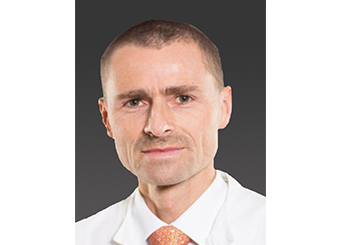 Prof. Markus Walther is the Director of Foot and Ankle Department of Schön Klinik München Harlaching, Medical Director of Schön Klinik München Harlaching and Medical Director of FIFA Medical Center Munich. He has published over 50 essays on sports medicine, foot and ankle surgery and hospital management and won dozens of scientific awards, such as Arthur-Vick-Award, DEGUM Award and Michael-Jäger-Award. He has been a broad member of the Orthopaedic Sports Medicine Society for many years. He is an international researcher of AOFAS and an active member of German, European, American and international foot and ankle societies. He is a member of GRECMIP and International Cartilage Repair Society. He is a board member of German Foot and Ankle Society and took the position of President from 2012 to 2016. Currently, his scientific work mainly focuses on biomechanics of the foot and ankle, traumatology, reconstruction of foot and ankle, and minimally invasive surgery. He is particularly concerned with sports injuries and cartilage repair. Since 2015, Prof. Walther has been a member of the top-level league team FC Bayern Munich Medical Team and has offered consultation to a number of sports professionals. He is a orthopedics professor at the University of Würzburg, Germany, and was named one of Germany's leading experts of foot and ankle.

• Since 2008: Board member of Germany Society of Foot and Ankle Surgery (GFFC)

• 2004-2008: Board member of Society for Orthopedic Traumatologic Sports Medicine (GOTS)